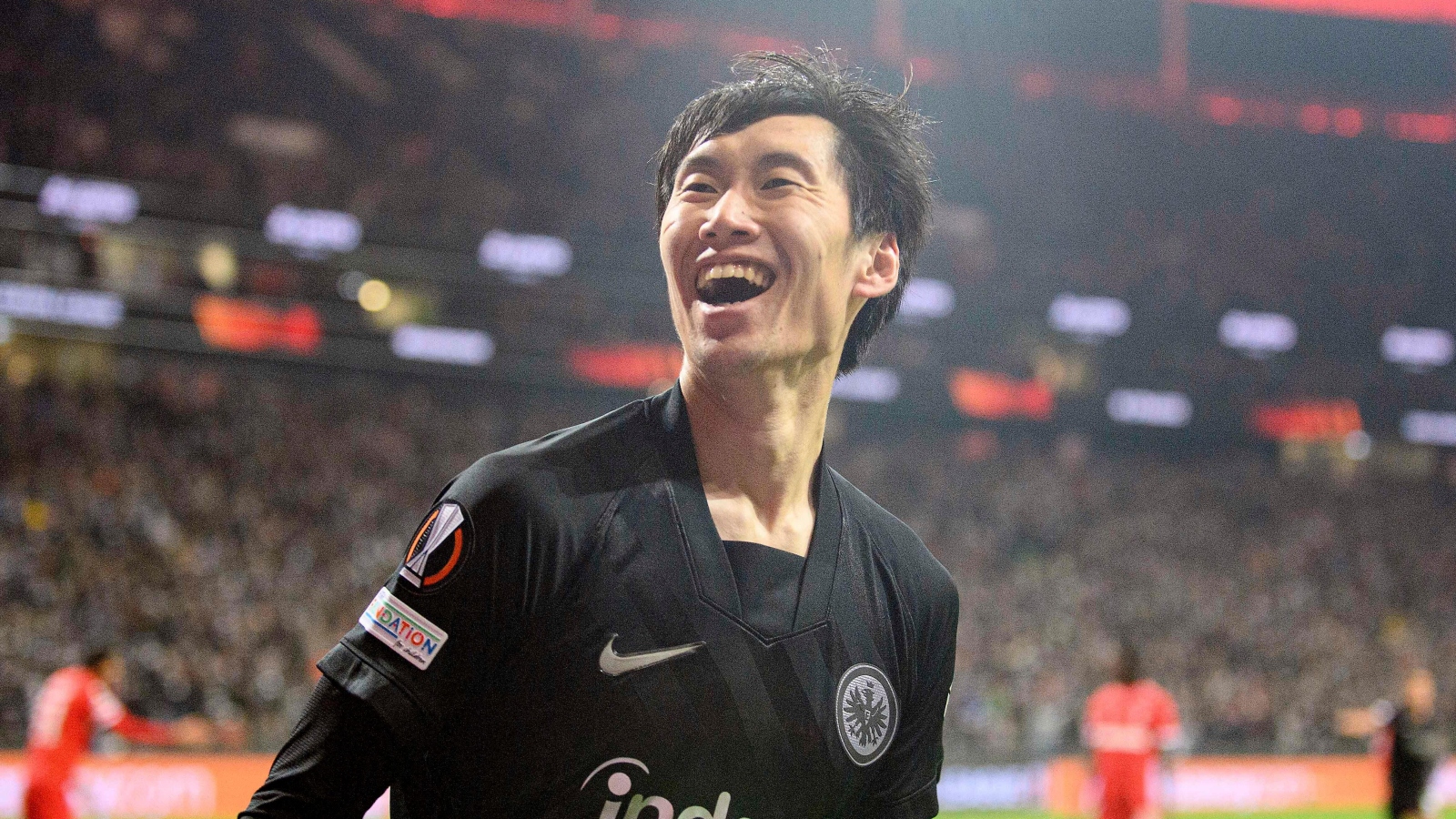 Reported Tottenham, Leeds United and Everton target Daichi Kamada has said he will be “staying” at Eintracht Frankfurt until the end of the season.

Kamada is out of contract next year and is sure to have plenty of suitors if he is available on a free transfer.

There appears to be no desire from Frankfurt to cash in on the Japanese international in the winter transfer window, despite his contract situation.

The 26-year-old has been absolutely excellent for the German side in recent seasons and helped them win the Europa League in May.

After a stellar 2021-22 campaign in which he scored nine and assisted four in 46 matches, Kamada already has 12 goals and as many assists in 22 games this term.

His record of 11 goal contributions in 14 Bundesliga games is fantastic, while he averages a goal every two games in the Champions League.

Frankfurt finished second in their Champions League group thanks to a comeback win away to Sporting Libson on matchday six.

Kamada was on the scoresheet that night, laughing at lasers from the crowd before emphatically converting a penalty to make it 1-1.

His performances have unsurprisingly attracted the interest of several Premier League clubs.

Tottenham, Leeds and Everton are all reportedly interested in signing the Japan forward – who can operate as a second-striker, attacking midfielder or No. 9.

While we are on the topic of Arsenal; Kamada scored a brace at the Emirates to inflict a Europa League defeat on the Gunners back in 2019, in what turned out to be Unai Emery’s final match in charge.

The Spaniard was sacked the following morning.

Anyway, with his contract set to run out in seven months, Kamada has been discussing his future amidst rumours linking him with Tottenham.

Valued at £26million, according to Transfermarkt, the 26-year-old former Sagan Tosu player has confirmed he is not looking to leave the club in January.

“Even if there could be talks with other clubs in winter, I’m not interested in leaving immediately.”

Kamada then revealed that there are talks ongoing over a new contract and said that “big clubs” have made contact over the last two years.

“I am much more demanding than you think when it comes to the clubs I would like to switch to,” he added.

“There have been talks and contacts with big clubs for two years.

“European Cup hero Kamada is also in contact with Hessen: “Of course we are in talks about extending the contract. After my performance, that’s not a big surprise either.”