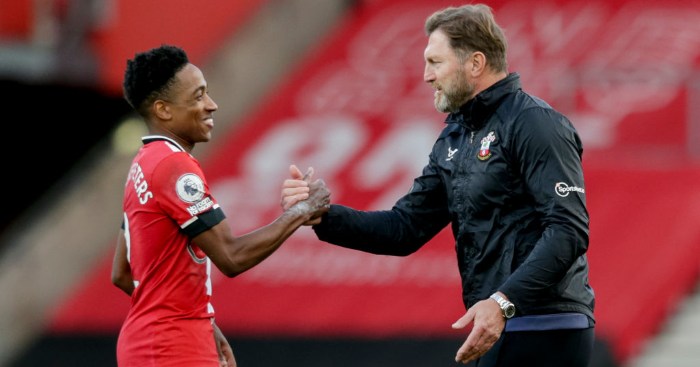 Tottenham legend Gary Mabbutt is unsure why the club agreed the “strange” decision to sell Kyle Walker-Peters to Southampton.

The 23-year-old came through Tottenham’s youth system and made his senior debut for them during the 2017/18 campaign.

He made nine appearances in all competitions that season before he made ten more outings in the 2018/19 campaign.

The right-back had to play second fiddle to others throughout his time at the club. He could never quite establish himself in the Tottenham first team.

Walker-Peters made three league appearances last year before he signed for Southampton on loan in January 2020.

The youngster made ten appearances for the Saints at the end of last season as he impressed in his new surroundings.

Ralph Hasenhuttl’s side acted quickly to sign him permanently this summer. He joined for a fee of around £12m as he put pen-to-paper on a five-year deal.

He has played in every single minute in the Premier League for Southampton so far this season. They have enjoyed a great start to the new campaign, as they are in the top four after seven games.

“I was a Kyle Walker-Peters fan.

“I thought when he was coming through the ranks, I felt he was a player who could stake a claim for that position. It didn’t really happen as I expected it was going to.

“There are a lot of things that managers will get to know that you’ll never know and the fans will never know.

“I thought it was strange that a player of his ability was leaving the club. But we were bringing other players in who it was clearly felt could do maybe a job they were needing perhaps more of in that position.

“But I think he’s got a great future ahead of him, and for Southampton fans, I think he’s a great acquisition for them.”