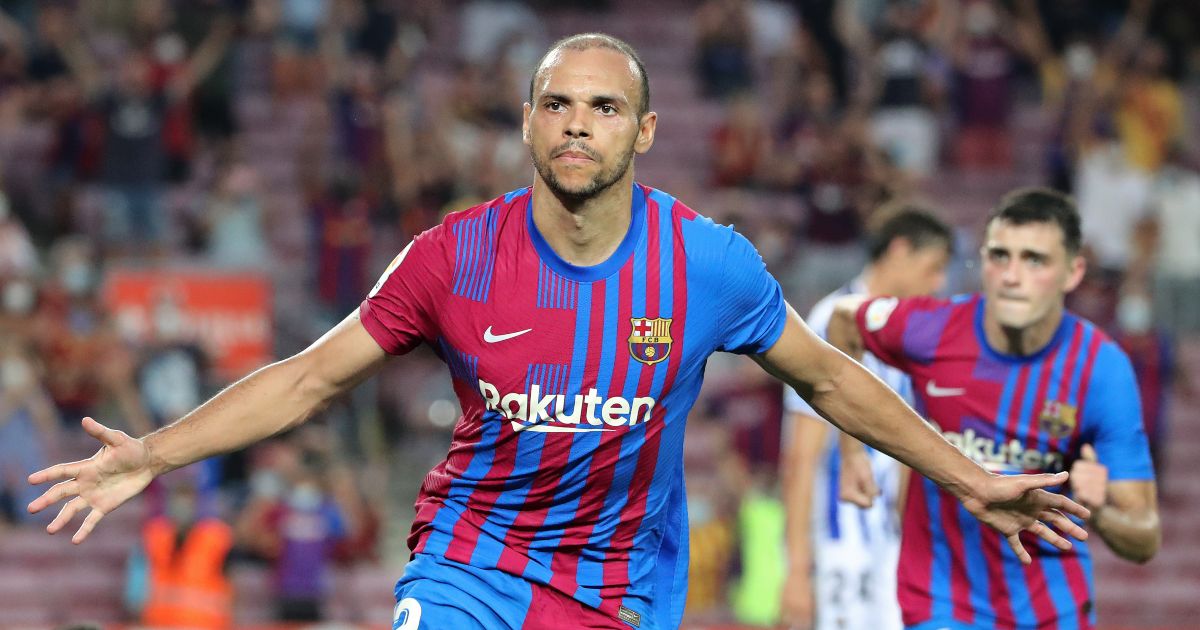 Tottenham could make a move for Barcelona striker Martin Braithwaite before transfer deadline day, according to reports.

The Denmark international is one of a number of players being linked with a move away from the Camp Nou this summer as Barcelona look to balance their books.

The Catalan giants have racked up huge debt over the past decade, meaning they had to let Lionel Messi as they struggled to register all of their players for the new season in La Liga.

Braithwaite has had a weird and wonderful career, impressing for Toulouse in Ligue 1 for four seasons after earning a move there in 2013 from Danish side Esbjerg.

40 goals in 149 appearances earned him a transfer to Championship outfit Middlesbrough where he struggled to make an impact in two seasons at the English club.

Before 13 goals in 48 matches for Spanish side Leganes surprisingly saw him move to Barcelona in 2o2o when the La Liga giants activated his €18m release clause.

Even at Barca the 30-year-old has struggled to become a prolific forward, while he only grabs the odd assist – but now Tottenham are being linked with a move.

Spanish newspaper Sport (via Sport Witness) claims that Barcelona are looking to usher him out of the club but Braithwaite wants to stay.

It is understood that Braithwaite would only leave for a big-money offer and Sport claim that if Spurs make an ‘irrefutable offer’ then ‘anything could happen’.

The same newspaper said in July that his agent Jorge Mendes was ‘pushing’ for him to sign for Premier League side Wolves but there has been no more progress on that deal.

Nuno said: “Of course. We have to be together. I understand many of the things but we are Tottenham Hotspur.

“Everybody wants to feel good and be good. I was pleased with the attitude of our fans. We have amazing fans and we have to be very thankful for it.”