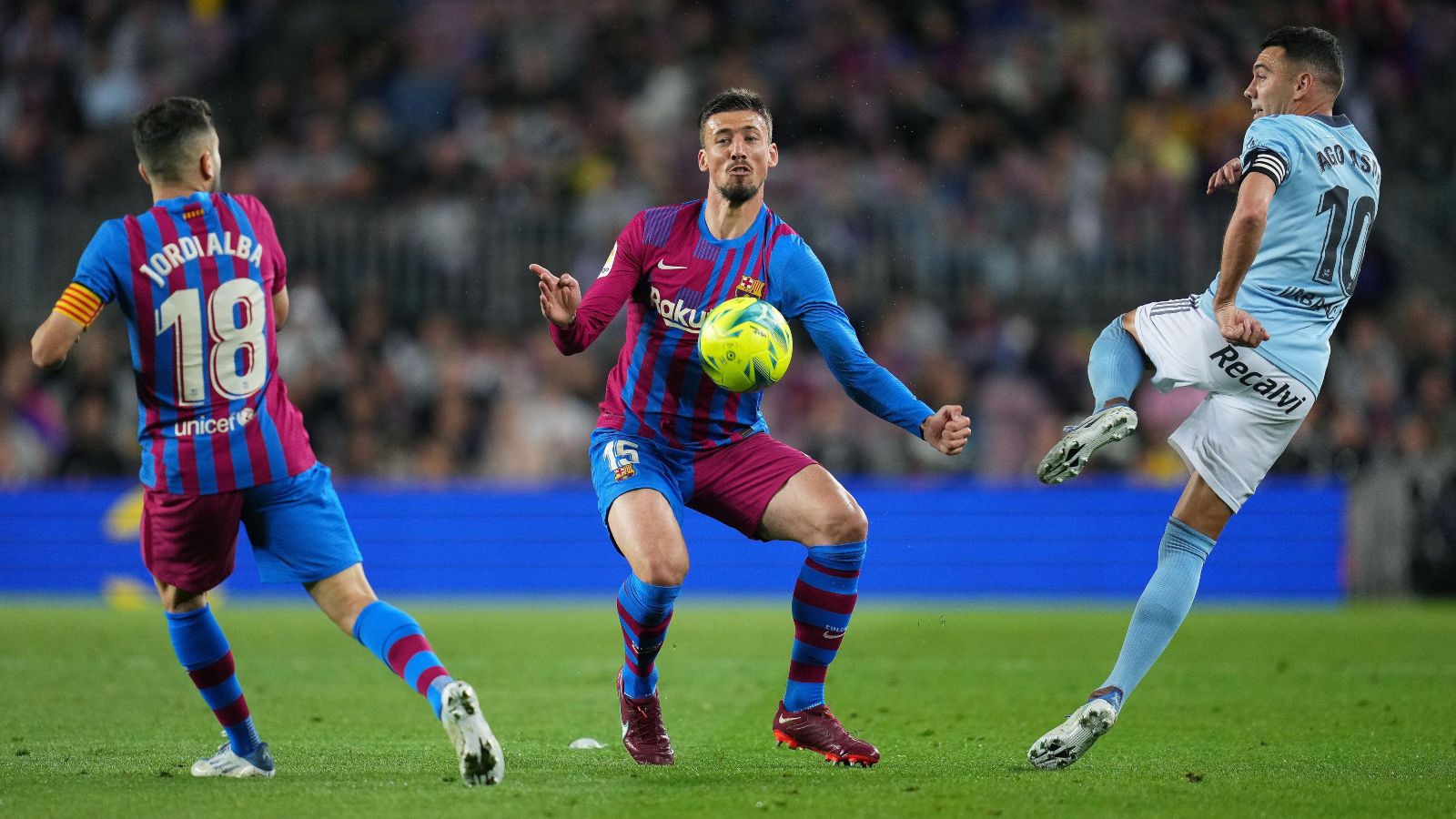 Tottenham have made their move for Clement Lenglet with Barcelona hoping the defender can leave in the next three days, according to reports.

The 27-year-old moved to the Catalan giants in 2018 from fellow La Liga side Sevilla in a deal worth €35m as Barca triggered his release clause.

Lenglet played over 40 matches in all competitions in all three of his first three seasons at Barcelona but last season his time on the pitch dwindled under Xavi.

The former France under-21 international played just 21 times in La Liga and made just seven starts as Gerard Pique, Eric Garcia and Ronald Araujo were all preferred to him at centre-back.

It was reported last week that Premier League side Tottenham have been in ‘advanced negotiations’ over a deal for Lenglet as they look to get a loan deal over the line.

Barcelona would ‘prefer’ to let Lenglet leave on a permanent deal but Spurs boss Antonio Conte ‘wants to convince the defender to accept the proposal’.

And now Spanish publication Sport (via Sport Witness) insists that Lenglet is now on the ‘exit ramp’ at Barcelona with the newspaper calling the Frenchman a ‘problem’.

They add that Tottenham have made an offer of a loan with a purchase option while another Spanish outlet Mundo Deportivo claim that Italian side Roma are ‘willing to negotiate’ a permanent transfer.

It is not known the level of offer expected to come from Roma with their signing of Patrik Schick their biggest ever transfer at €42m.

Sport Witness add that Barcelona want a transfer completed before the end of June with a loan deal to Tottenham potentially the most likely outcome.

Robinson told Football Insider: “100 per cent. I’m sure clubs will be interested. In an ideal world I’m sure Antonio Conte would want to keep all of the midfielders he currently has.

“I think it’s clear that Bissouma and Bentancur will be the first choice pairing. Hojbjerg was very good at the end of last season. He had an indifferent start to the season but he then built a partnership with Bentancur.

“Tottenham are looking to move onto that next level now though. He will miss out now Bissouma has come in. There is so many games next season though. Hojbjerg will still start at least 25 games next year.

“It is down to the player as to whether that is enough for him. Does he want to be part of a squad that is going somewhere but not play every week? There is going to be rotation and injuries. I think Conte would like to keep all three.”