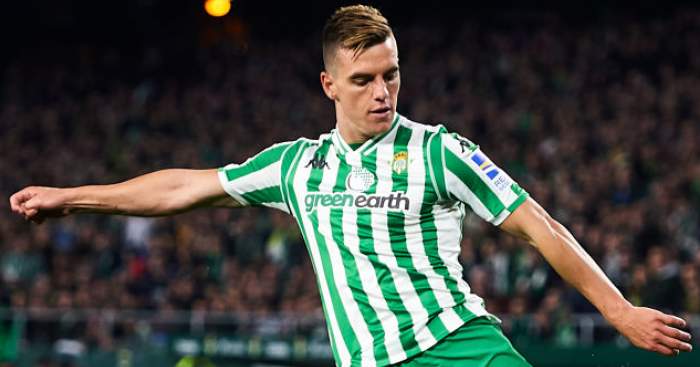 Tottenham will break their transfer record if they manage to sign Real Betis midfielder Giovani Lo Celso after reportedly making a bid.

There were rumours floating around last week that Spurs had made a bid for Lo Celso but BBC Sport have now added weight to the claims by saying a €60million (£53m) has been lodged.

Tottenham could face competition for the 23-year-old’s signature with Marca saying over the weekend that Manchester United have now joined the race, and will look to usurp their bid.

Lucas Moura was the last player the club signed in January 2018 as Mauricio Pochettino has had to negotiate the last two transfer windows without signing a player.

The Londoners’ record fee was the £42million paid to Ajax for Colombian centre-back Davinson Sanchez and the current bid for Lo Celso – who has a release clause set at €100m – would completely eclipse that.

The attacking midfielder scored nine goals and made four assists in his debut campaign in La Liga, following a loan move from PSG that was soon made permanent.

PSG are entitled to 20% of any sell-on fee, so Betis are eager to earn as much money as possible from the potential sale of the 23-year-old.