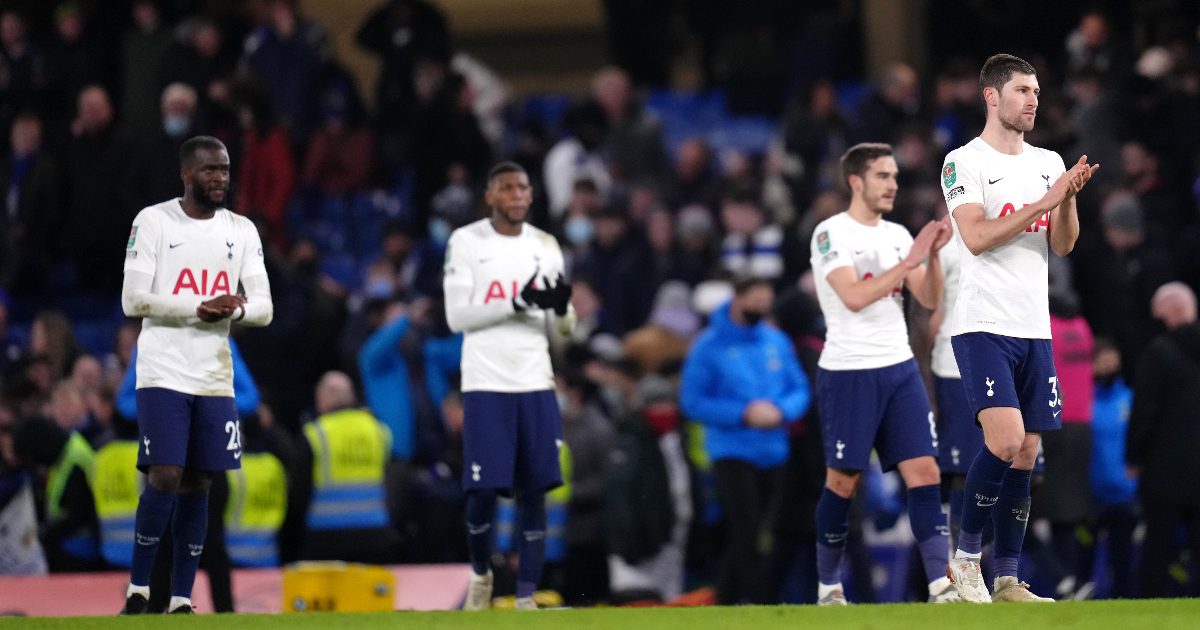 Harry Winks admits Tottenham Hotspur “made it difficult” for themselves against Morecambe as they were “not good enough” in the FA Cup tie.

Anthony O’Connor’s goal fired Morecambe in front and they were leading until the 74th minute.

Winks, Lucas Moura and Harry Kane were able to score before the end to turn the game around.

It was another afternoon where Spurs’ second string showed their limitations – a regular occurrence in the Europa League and Europa Conference League over the last two seasons – and Winks knows the display was sub-standard.

“In these types of games you have to be professional, you have to play properly in the first 10 minutes, you have to kill the game as soon as possible, but we made it as difficult as we possibly could for ourselves,” he told Spurs TV.

“At half-time there were some honest words. It wasn’t good enough and we know that, we hold ourselves accountable.

“We did better in the second half than the first, but it’s not good enough.

“We can’t give them the opportunity, we’re at home, we’re the Premier League team, we should be stamping our authority on the team as soon as possible.

“But we were sloppy and for me it wasn’t a good enough performance. Everybody can look at ourselves and say that wasn’t good enough.”

Winks began the rescue act in the 74th minute when his free-kick went on the left caught goalkeeper Trevor Carson out and sailed into the far corner.

The midfielder scored a similar goal in the Europa League last season, but from much further out.

He accepted that one was a fluke but insists he was planning this one.

“This one I meant!” he added. “I’m honest enough to admit I didn’t mean the one last year

“It is one of those positions on the pitch where you aim for the far top corner and you hit the ball and you know there are going to be players there who try and get flicks.

“My target was to aim for the back post, try and score and if the ball doesn’t go where I want it to hopefully someone can get a flick.”

Morecambe, currently in a relegation battle in League One, applied themselves well, especially as manager Stephen Robinson was absent due to coronavirus.

O’Connor was on course to put himself alongside some famous names with his first-half goal and was proud of his side’s effort.

“I’m really proud of the lads today,” he said on the club’s official website.

“Everyone to a man really worked their socks off, it’s not easy when you come up against a team like Spurs who are a top, top team in world football, and have a top manager as well.

“I know we had to defend for large periods, but I’m really proud of the lads, there are a lot of positives to take.

“A goal is always nice, I’m not walking away from here thinking ‘I’ve scored a goal, it’s brilliant for me’, I’m ultimately disappointed that we lost the game.

“If we could’ve won the game and I didn’t score, I’d chop your hand off for that.”