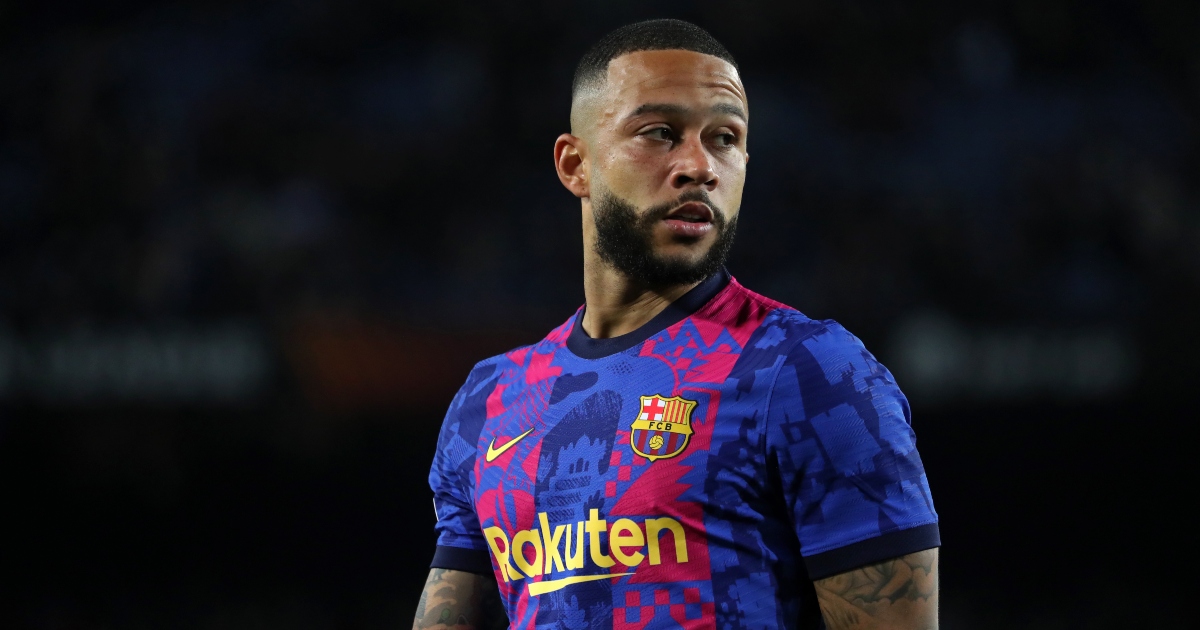 Tottenham have made an early move for Barcelona attacker Memphis Depay ahead of a potential summer transfer.

Depay only joined Barca in the summer, moving on a free transfer from French side Lyon.

He was impressive in the early months of the season under Ronaldo Koeman but injuries thwarted his season.

The Dutch forward is now back available but returns after Barca signed three more attacking options in the January transfer window.

Depay is no stranger to the Premier League having spent 18 months at Manchester United in a widely forgettable spell under Louis van Gaal.

However, he could be set for a return to English football with Barcelona transfer expert Gerard Romero claiming that Spurs have already made an offer for Depay.

Spurs had wanted Traore in the January transfer window but after failing to get the Spanish winger, brought in Juventus winger Dejan Kulusevski.

However, with speculation over the future of Harry Kane and Steven Bergwijn continuing to build, Spurs are likely to continue investing in their squad under Antonio Conte.

This could lead to a move for Depay, who will have just one year remaining on his contract at the Camp Nou at the end of the season.

Elsewhere, Gabby Agbonlahor has told Harry Kane to leave the club after another trophy-less season.

Speaking on talkSPORT, Agbonlahor said: “You’ve got to go. The joke’s over now. He’s given them so much, Harry Kane. This season he’s stayed and they are nowhere near winning a trophy, nowhere near getting top four.

“He’s going to be 30 before you know it and be one of those players that should have went to a big club, but stayed at Spurs.

“If I was him, I’d 100 per cent go to Man City, that’s if they still want him though as [Erling] Haaland is available in the summer.

“It’s not Pochettino though, I don’t understand why people keep saying that. Look at the squad of players he’s got at PSG and they are nowhere near the Champions League.

“I don’t see him coming to Manchester United. No, I don’t rate him.”