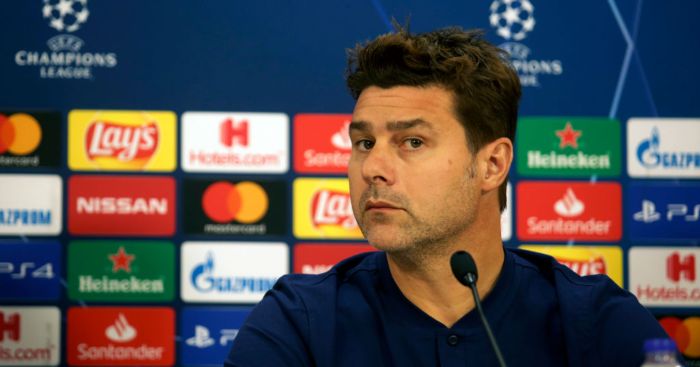 Tottenham have sent chief scout Steve Hitchen on a scouting trip to Argentina in a sign that they are fully invested in Mauricio Pochettino’s reign.

The future of Pochettino has been questioned intensely in recent weeks, with the club struggling to settle this season just a matter of months after reaching the Champions League final.

Tottenham are 9th in the Premier League table, having lost as many games as Sheffield United and Brighton, with their 7-2 shellacking against Bayern Munich feeling like the end of an era.

But the Daily Mail say that the club’s decision to dispatch Hitchen to South America is ‘a clear sign’ of their faith in Pochettino’s work.

With Erik Lamela, Paulo Gazzaniga, Giovani Lo Celso and Juan Foyth all part of the current squad, their Argentinean contingent is particularly strong.

And Tottenham have outlined their desire to continue trusting players from the manager’s native country with Hitchen ‘recently scouting players’ in the country.

The club ‘do not anticipate a managerial change in the near future’ and any departure ‘would have to be initiated by the manager himself’.