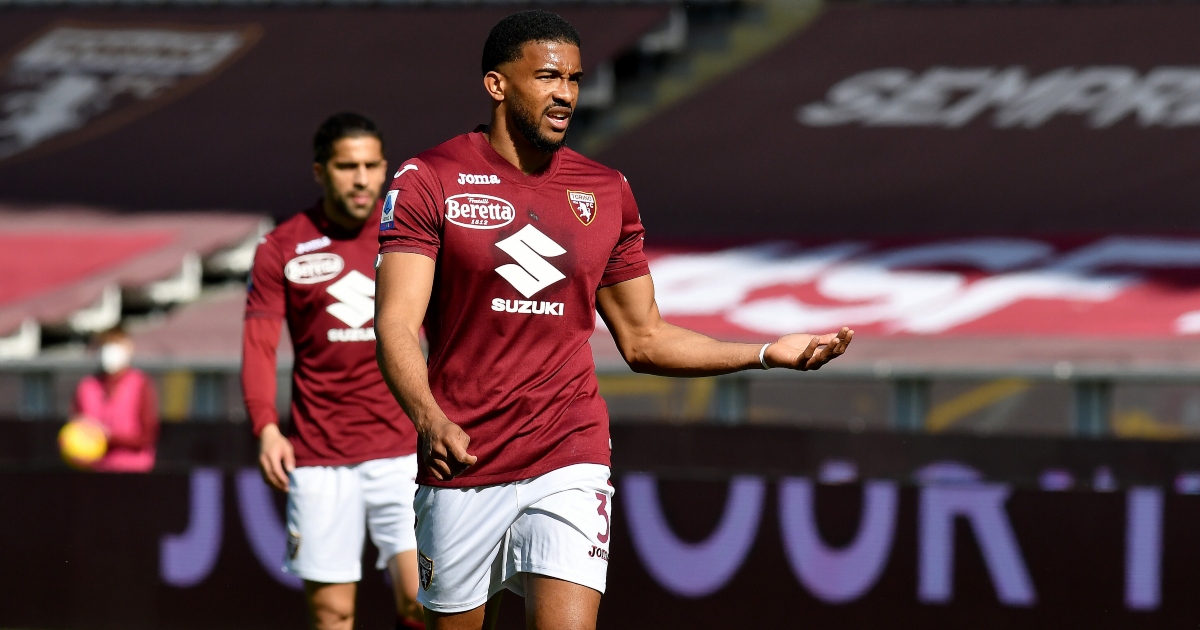 Tottenham and Man Utd will reportedly fight it out to sign Torino centre-half Gleison Bremer in the summer transfer window.

The 24-year-old defender has been at Torino since 2018 after making the move from Brazilian side Atletico Mineiro.

Captaincy concerns and personal slump too much for Maguire

He has made over 100 appearances for the Serie A outfit and has been a mainstay in their defence since the 2019/20 campaign.

Bremer has been linked with a move to numerous Premier League clubs in recent months. A report last December claimed that Chelsea are in ‘pole position’ to sign him.

As well as the Blues; Liverpool, West Ham and Man Utd have been heavily linked with the Brazilian defender.

Last month it was claimed that the Red Devils’ chief scout was set to watch Bremer in action for Torino.

And now a report from TuttoJuve (via Sport Witness) claims that United and Tottenham ‘have expressed an interest’ in the 24-year-old.

The report adds that Spurs ‘like’ Bremer, and apart from the north Londoners, ‘there would also be Man Utd’.

Furthermore, Antonio Conte’s side ‘could make an offer to both the player and his employer’.

Bremer recently signed a new contract with Torino that will expire in 2024, however, a summer departure remains very possible.

Meanwhile, Paris Saint-Germain boss Mauricio Pochettino would prefer a move to Tottenham over Man Utd this summer, according to reports.

Pochettino has been linked with Man Utd dating back to his time as manager of Spurs.

After leaving Tottenham towards the end of 2019, the Argentine took over at PSG in January 2021.

Man Utd are currently on the lookout for a new permanent manager. Pochettino and Ajax boss Erik ten Hag appear to be the leading candidates for the role.

Although talkSPORT’s Alan Brazil has suggested that Pochettino “wants to comeback” to England, with Tottenham and not Man Utd.

“Pochettino is not going to United – Man United have been warned by PSG sporting director [Leonardo] that Pochettino has no intention of leaving Paris,” Brazil said.

“Well, I tell you right now, that is not the case.