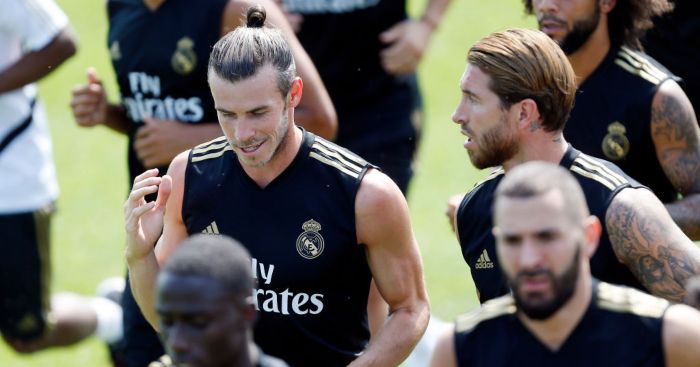 Bale left Tottenham to join Real in a world-record deal in August 2013.

The Welshman has won four Champions League trophies and one La Liga title at the Bernabeu, but his brilliance has been thoroughly broken.

Real would be more than happy to cash in on the 29-year-old to help fund their lavish summer spending, with Tottenham emerging as potential suitors.

No offer yet from Spurs for Bale but both sides do seem more open to the possibility than before. Money still the problem.

That would be marginally more than the initial fee paid for Tanguy Ndombele (£53.7m) – although that could rise to £62.6m.

But Tottenham do not deem matching his wages as ‘realistic’; they ‘could only afford around half’ of his reported annual 17m euro earnings.

Bale would be ‘open’ to the move, but Real ‘must decide’ whether they help subsidise his wages to facilitate the move or not.