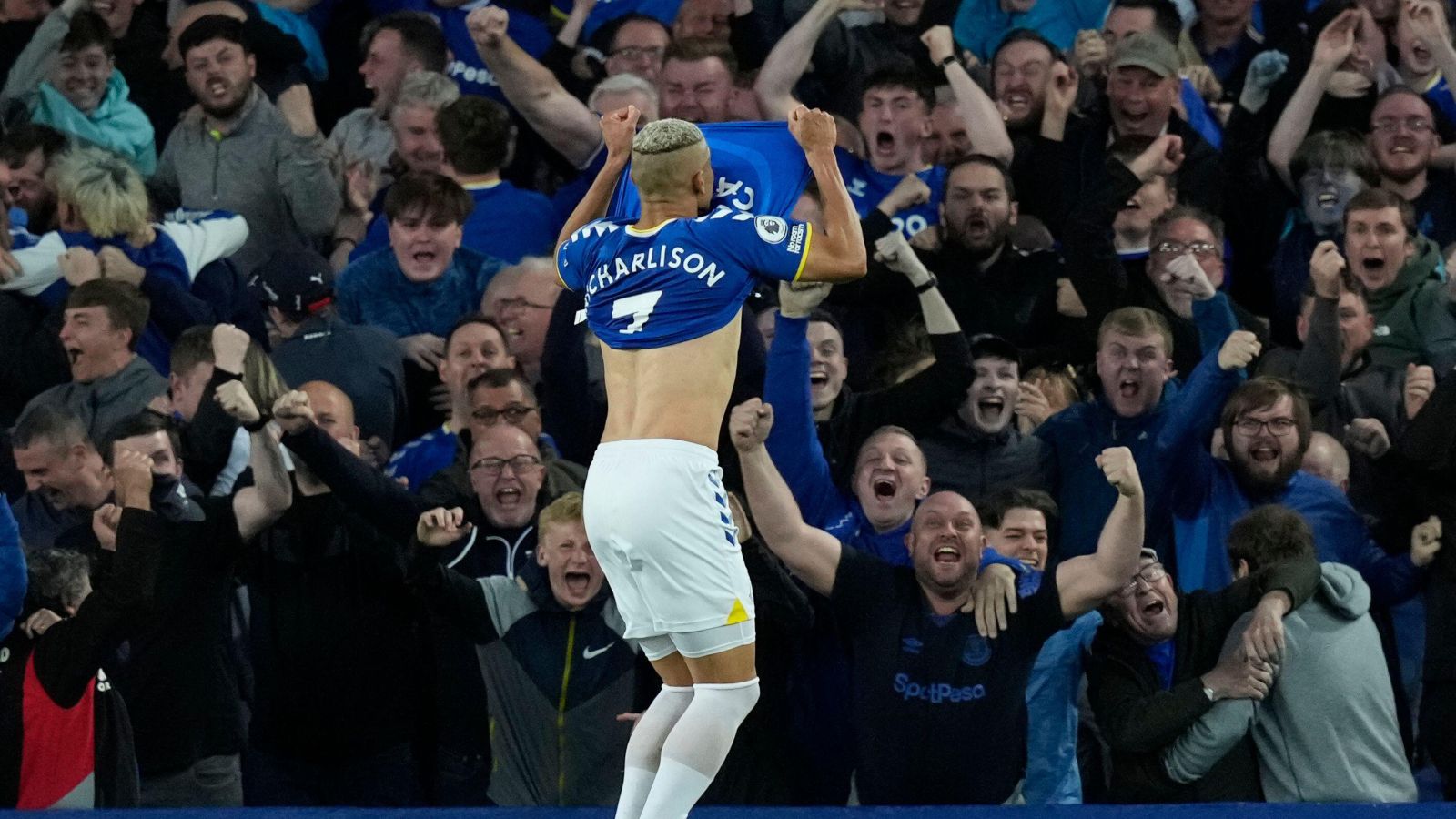 Tottenham are getting closer to agreeing personal terms with Everton forward Richarlison, according to transfer expert Fabrizio Romano.

The Brazilian contributed ten goals and five assists in the Premier League last season as the Toffees narrowly avoided relegation to the Championship.

Richarlison joined Everton from Watford in July 2018 in a transfer worth around £50m with the 25-year-old bagging 53 goals in 152 appearances in all competitions in five campaigns at Goodison Park.

But it now seems that Spurs have a fairly clear path to sign Richarlison with Chelsea more focused on their attempts to sign Leeds United attacker Raphinha.

There have been rumours that Harry Winks and Steven Bergwijn could be used by Tottenham chairman Daniel Levy in negotiations for the signing, but those suggestions were recently dismissed.

However, transfer expert Romano has now issued an update with the Italian journalist claiming Winks is ‘part of the talks’ to sign Richarlison – who is rated at £60m by Everton – with the ‘structure of the deal not agreed yet’.

Romano tweeted: ‘Tottenham are progressing in talks with Everton for Richarlison. Negotiations are already well advanced on personal terms, while discussions between clubs will continue this week.’

Tottenham are progressing in talks with Everton for Richarlison. Negotiations are already well advanced on personal terms, while discussions between clubs will continue this week. ⚪️🇧🇷 #THFC

Winks has also been part of the talks – structure of the deal not agreed yet. pic.twitter.com/1kMoC6PBYm

Speaking over the last couple of weeks, Teddy Sheringham claimed that Richarlison wasn’t a player that Tottenham needed because of their wealth of attacking options.