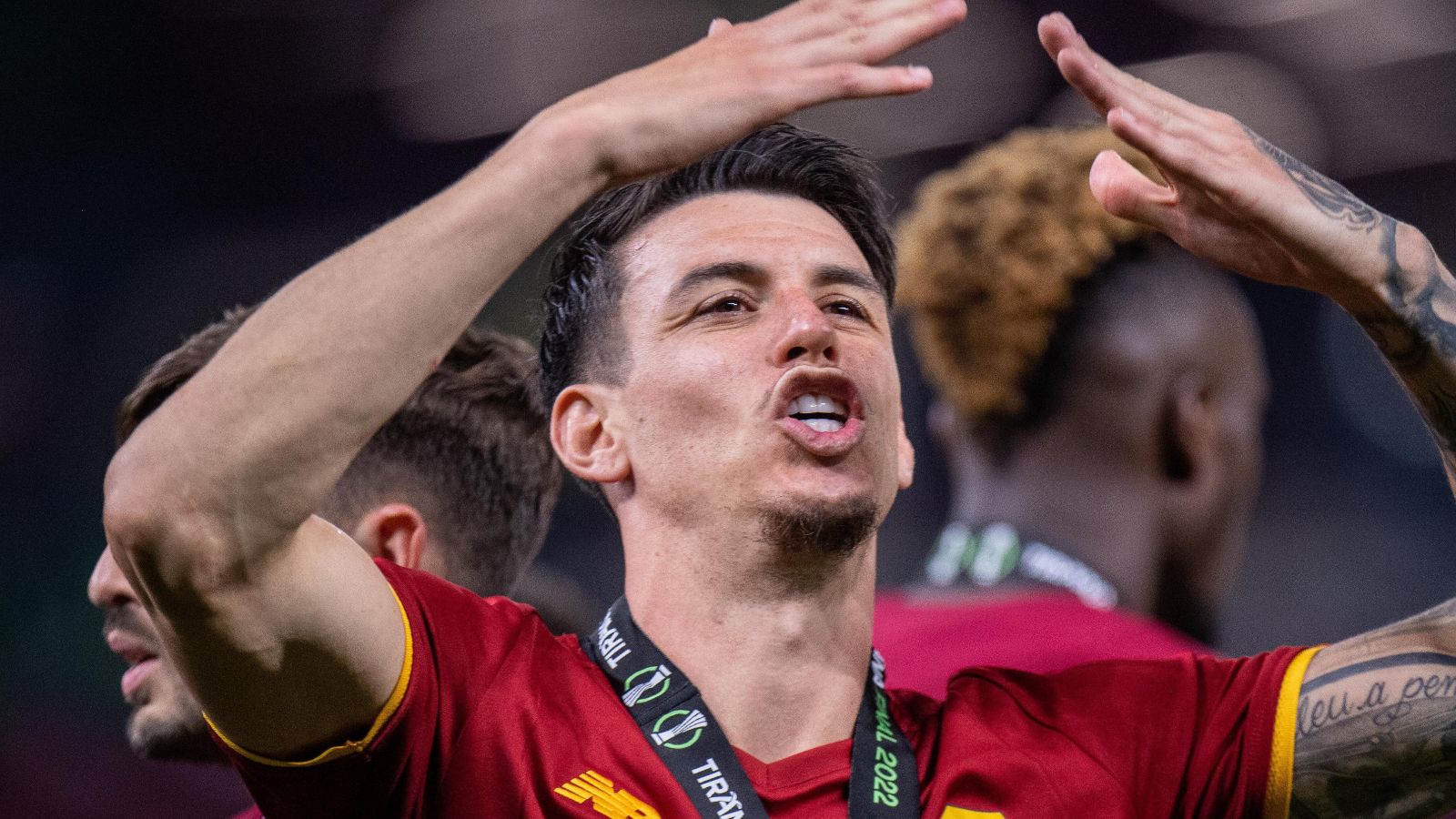 According to reports, Tottenham Hotspur and Newcastle United are ‘ready to offer £30m’ for Roma defender Roger Ibanez this summer.

The centre-back had spells at Fluminense and Atalanta before he joined Roma on an initial loan deal at the start of 2020. This move was made permanent soon after for €8m.

Ibanez has played 101 times for Roma over the past couple of seasons. Jose Mourinho took over last year and the ex-Tottenham boss is clearly an admirer of the 23-year-old.

He featured 51 times under Roma in 2021/22 as the Serie A side won the Europa Conference League.

Italian outlet Calciomercato are reporting that ‘the British sirens of Newcastle and Tottenham have sounded’ for Ibanez.

It is stated that the Premier League duo are ‘ready to offer £30m’ for the defender. His contract runs until 2025.

The report adds that ‘no official requests’ have come in for Ibanez yet. They go onto add that if he exits Roma, ‘Mourinho could bet on Marcos Senesi of Feyenoord or Arthur Theate of Bologna’.

Elsewhere, Gareth Bale has argued that Joe Rodon “should be playing at Tottenham”:

“For me he should be playing at Tottenham, he’s shown time and again how good he is,” Bale told reporters.

“I don’t think he’s had the opportunity to play a consistent run of games for Tottenham, I think if he did he’d be fantastic for them.

“Even if he has to go to another team he will strengthen them, no matter who they are.”

Wales boss Rob Page added: “I think Joe’s been outstanding, what he’s done for us in a couple games has been exceptional considering he’s not playing at club level,” Page continued.

“I think he can go to another level, he’s been very good, but I think there’s more to come from him. He can achieve that by playing week in week out at domestic level, he’s a Premier League player.

“He’s got all the attributes, he just needs to be playing week in week out to sustain the level he gives for us.”