Home All The News Tottenham open talks with Napoli striker over £16.5m transfer 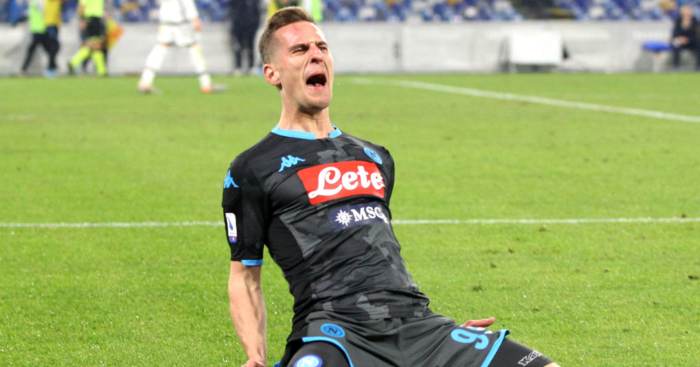 Representatives of Napoli’s Arkadiusz Milik are meeting with Tottenham bosses on Thursday to negotiate a deal for the striker.

Spurs have been linked with a number of backup options to Harry Kane and Milik has emerged as their primary target.

The Poland international has entered the final year of his contract in Naples and was on the brink of joining Roma before a failure to agree personal terms saw the deal collapse.

Milik was set to join Roma on a season-long loan deal with an obligation to buy for around £16.5m, with further performance-based add-ons included in the deal.

The Independent claim ‘intermediaries working on behalf of Milik are meeting Tottenham officials’ in the hope of securing a similar deal.

Milik is now deemed surplus to requirments by Napoli – who recently signed Victor Osimhen – and they are keen to offload the 26-year-old, who was left out of their matchday squad for their opening Serie A fixture.