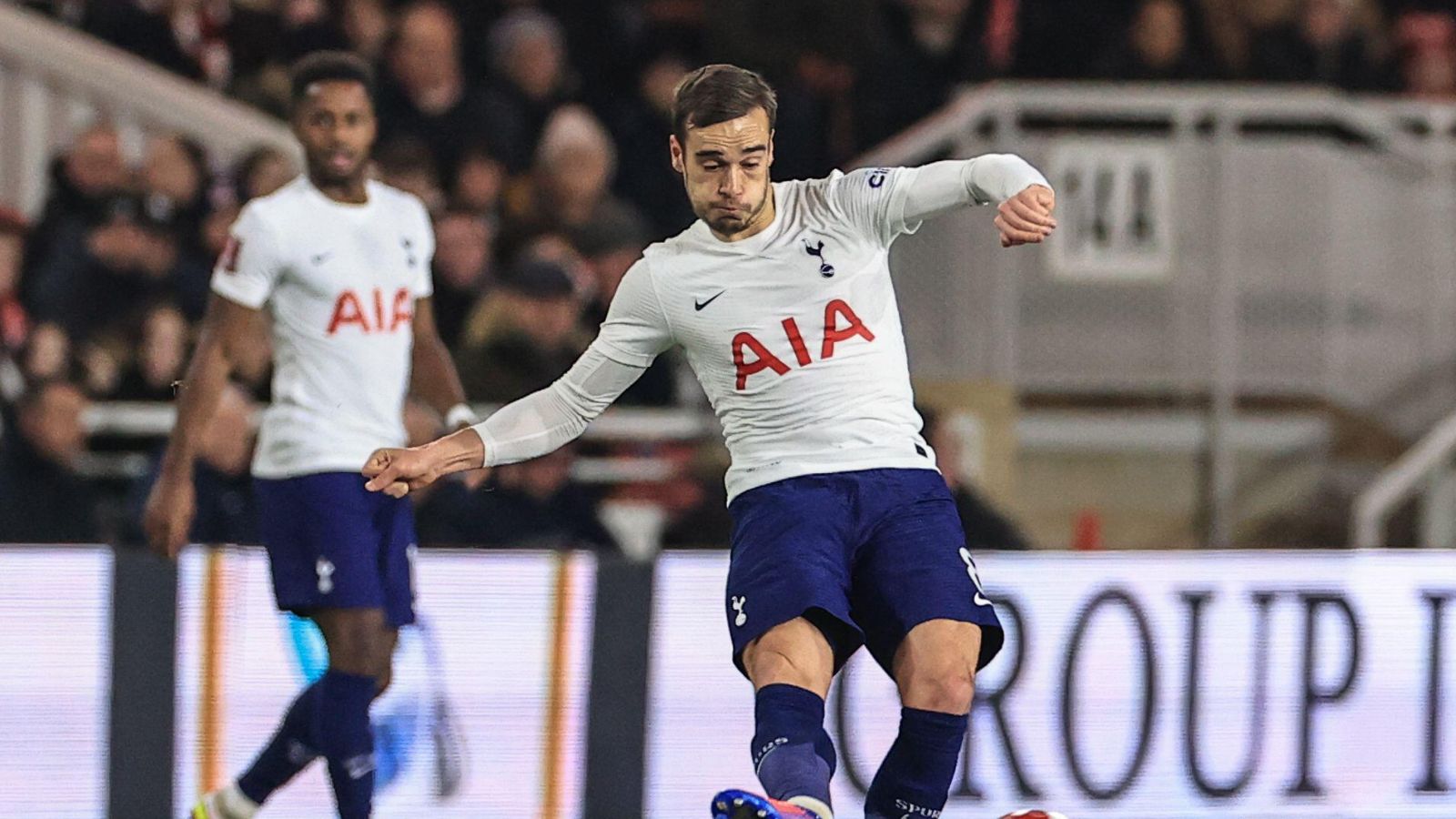 Tottenham Hotspur outcast Harry Winks reportedly ‘wants to stay in the Premier League’ amid interest from Serie A side Sampdoria.

Winks progressed through the ranks at Tottenham. Since making his senior debut, most of his time has been spent as a bit-part player.

The midfielder featured 31 times in the Premier League during 2019/20 campaign but he has fallen down the pecking order since then.

Speaking in 2018, in his infinite wisdom, Danny Murphy suggested that England should build their midfield around Winks.

This has obviously not come to pass as Winks has not played for England since 2020.

The player’s situation at Tottenham has not improved since Antonio Conte took over. If anything, it’s got worse.

Winks is one of the players Spurs are looking to offload this summer. Everton were initially interested but Frank Lampard appears to have pulled the plug on the deal.

Conte is renowned for his short stays in charge of football clubs. Liverpool legend Jamie Carragher thinks Tottenham need to be wary of this:

“There’s something about Spurs and Conte. I think we all know and Conte knows, he doesn’t stay around too long,” Carragher said (via The Spurs Web).

“So, if he is going to do something, then he needs to do it quickly. I think he will know it in his own head. I don’t see Conte being at Spurs in more than two years. He could be gone next summer.

“I would be very surprised if he is there the following summer. So, I think for him it’s about, a bit like Jose [Mourinho], ‘I am here two or three years and I am going all-out for it’.”

Winks may even end up sticking around under Conte as talk of him leaving has gone quiet in recent weeks, with interest in him limited.

He could find a home at Sampdoria if the Italian side get their wish, though. According to Il Secolo XIX (via Sport Witness), the Serie A club ‘dream’ of signing Winks.

Sampdoria are not getting too excited as they are aware that it will be ‘almost impossible’ for them to sign Winks as he would ‘prefer’ to remain in the Premier League.

This could be a foolish move on the midfielder’s part. You only have to look at how Fikayo Tomori and Tammy Abraham have shone in Italy to see how a change of scenery can help a player regain form.

The report notes that Winks will ‘leave London’, so there is that at least.