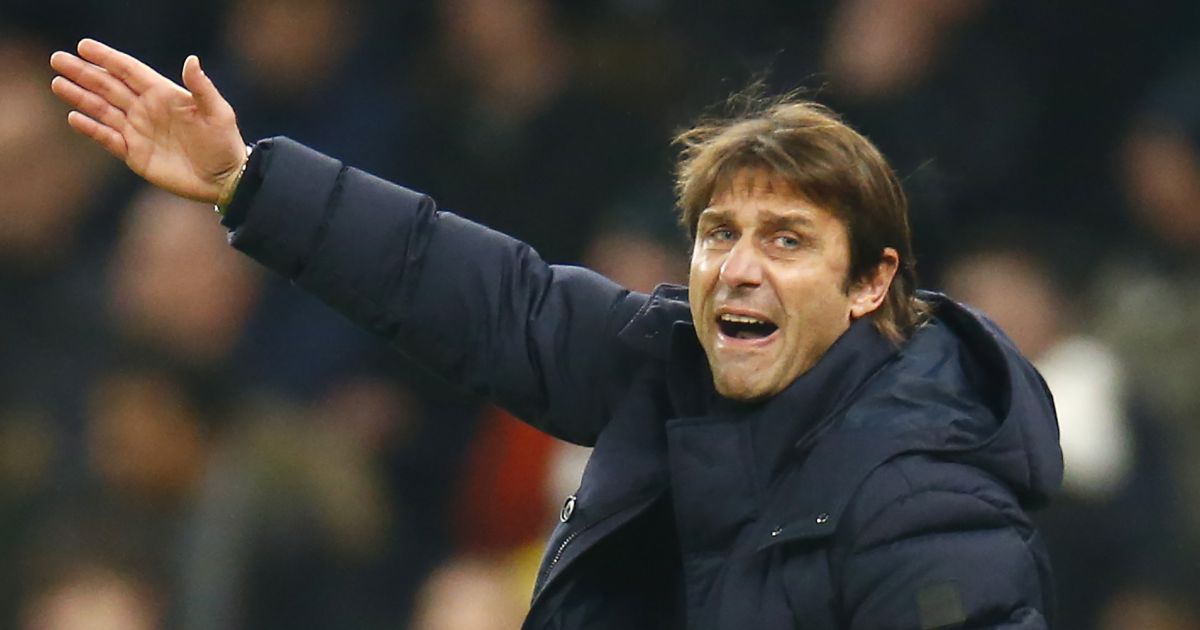 Tottenham players are concerned that Antonio Conte will walk away from the club in February if he doesn’t get any backing in the January transfer window, according to reports.

The Italian replaced Nuno Espirito Santo earlier in the season after the former Wolves boss was sacked following a poor run of results at the north London club.

Spurs have won eight of their 14 matches in all competitions under Conte with some fans and pundits now tipping Tottenham to make the top four under his guidance.

Conte’s side were knocked out of the Carabao Cup on Wednesday night as Chelsea eased through to the final 3-0 on aggregate.

And the Tottenham boss admitted that he was keen to “solve many problems” in the transfer market despite not having any “expectations” that Spurs have to sign players.

But now the Daily Mail claims that the Tottenham players ‘fear’ that Conte ‘could quit next month if he is not backed with new signings in the January transfer window’.

The report adds that Conte ‘will be loathe to walk away mid-season but the fact that the prospect is even being discussed in the dressing room points to problems behind the scenes’.

The Italian boss ‘has quickly identified the positions he needs to address’ and Tottenham chairman Daniel Levy must ‘act fast to placate the volatile Conte’.

Conte revealed he has held a meeting with the club’s board over potential arrivals in the January market but he insists that he will continue to try and get the best out of the players at his disposal.

“I spoke with the club. I have my thoughts on the situation. The club has to decide the best way to go,” Conte told reporters.

“I don’t have expectations. I am the coach and know that we have to solve many problems.

“For me, in this moment, the best possible way is to try to get the best out of my players. This is the only way I can to try to improve the situation and the squad.”

“We have spoken about the situation, it was a good meeting. The owner and [Fabio] Paratici, they started together at the start of this season and I arrived in the middle of the season. For sure they know the situation much better than me.

“It was a good meeting to speak and to tell them my thoughts about the two months I have spent at Tottenham. I can give a lot of work to the club. Then the decision’s for the club and not for me. The last word is always for the club.”