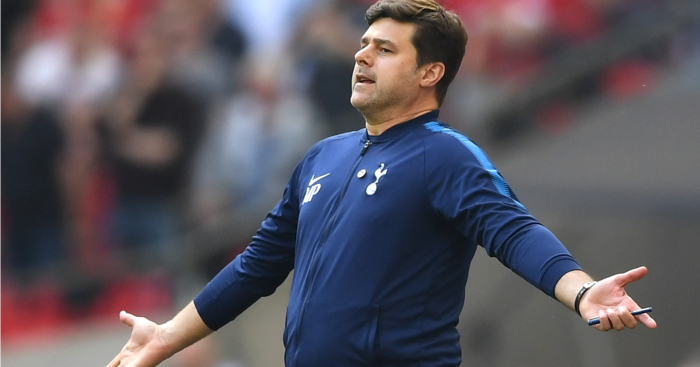 Mauricio Pochettino admitted that he is concerned after Tottenham suffered injuries to three first-team midfielders.

Tottenham lost a penalty shootout to Barcelona after coming from 2-0 down to force a 2-2 draw in normal time.

But most alarming was that Moussa Sissoko was injured during the match, while Victor Wanyama has left the club’s tour and Erik Lamela was not on the bench.

Speaking after the game, Pochettino clarified the issues of the three players.

“Victor is in London because they need to see the doctor there. Is Victor’s injury the same as before? Yes.”

“We will assess Moussa tomorrow and the next few days to see what happens. It is his hamstring but we hope it is a minor injury.”

“Erik felt his muscle after the Roma game on Thursday. It is minor and he is still here with us. We hope we will be able to play against Milan.”