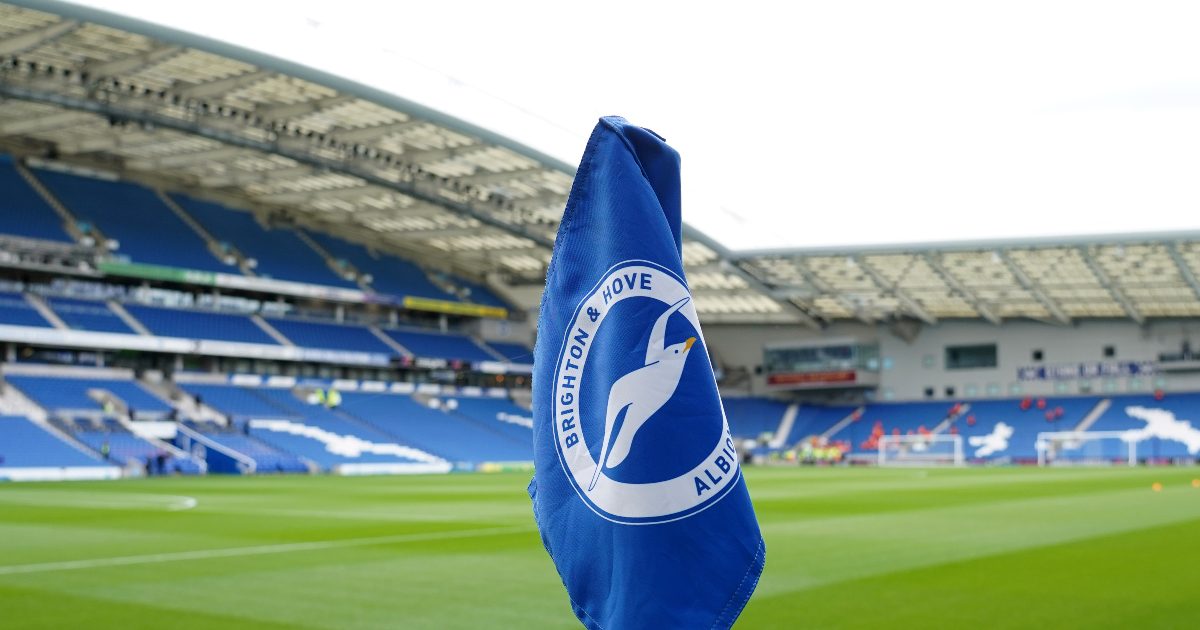 Tottenham Hotspur’s game against Brighton at the AMEX Stadium on Sunday has been postponed as a result of the Covid-19 outbreak at the North London club.

A total of thirteen players and staff have tested positive for the virus. Spurs were due to face Rennes in the Europa Conference League on Thursday night, but this has also been called off.

Tottenham requested for their clash against Brighton to also be postponed and this has been accepted.

A statement read: “We can confirm that our Premier League fixture at Brighton & Hove Albion, on Sunday 12 December at 2pm, has been postponed following a Premier League Board meeting this afternoon (Thursday).

“The Premier League Board took the decision to postpone the game following guidance from medical advisers, with the health of players and staff the priority. The fixture will be rescheduled in due course.

“The Club requested the match to be rearranged following a significant number of positive COVID-19 cases among players and relevant staff.

“As with our other affected fixture, against Stade Rennais in the Europa Conference League, we shall update supporters with more information as soon as it is available.

“We should like to apologise to everyone at Stade Rennais and Brighton & Hove Albion and to both their supporters and ours for any inconvenience caused.”

We can confirm that our Premier League fixture at Brighton & Hove Albion, on Sunday 12 December at 14:00, has been postponed following a Premier League Board meeting this afternoon.

Next Thursday’s Premier League match at Leicester also appears to be in doubt not only because of Spurs’ situation, but because the Foxes are gripped by Covid-19 as well.

As of Wednesday lunchtime Spurs had not contained the outbreak as players who had tested negative the day before were then testing positive having mixed with the squad.

Boss Antonio Conte was visibly emotional in his press conference to preview the Rennes game on Wednesday, saying the situation was serious and that he was scared.

“The problem is that every day we are having people with Covid,” Conte said.

“People that yesterday weren’t positive, today were positive and we continue to have contact with people we think are negative but the day after become positive. I think this is a serious problem.

“The situation is serious and it is contagious and there is a big infection and now for sure we are a bit scared because tomorrow we don’t know what happens.”

The postponement of further games is going to cause significant scheduling problems for Tottenham, having already had a Premier League game with Burnley called off because of snow.

Discussions regarding the rescheduling of the game with Rennes are ongoing with UEFA, with rules stating there is a December 31 deadline for group games to be completed, but it is understood there could be some room for manoeuvre on that as Spurs have a packed domestic schedule before then, while Rennes go on a winter break on December 22.

However, the French club have not taken the postponement of Thursday’s game well.

They accused Spurs of causing “London fog” by refusing to tell them how many cases they had and informing them in the afternoon that the game would be played, only to call it off an hour after they had arrived in the capital.

The Ligue 1 club, who returned to France on Thursday morning, later said they “hope the interests of the club will be respected” regarding a possible rearrangement.

Their domestic season is due to be halted for a winter break on December 22 and they hinted they have no intention of playing after then.

A statement read: “Stade Rennais FC hope that the interests of the club will be respected given the important sporting deadlines that await the Rouge et Noir this December.”

Premier League bosses wrote to all clubs on Thursday, calling for a step up in Covid safety measures, the PA news agency understands.

Top-flight clubs that had reached a vaccination rate of 85 per cent had been allowed to relax restrictions, but those that had will now have to tighten up again.

Mask wearing and social distancing will be stepped up at training grounds, among the changes at the clubs.

“The safety of everyone attending fixtures remains a priority for the Premier League and its clubs to ensure safe matchday environments can be enjoyed by all,” read a Premier League statement.

“Clubs have been working hard to prepare for the introduction of the Government’s “Autumn and Winter Plan B”.

“The Premier League will continue to consult with Government, clubs, safety groups and local public health authorities to update protocols for match-attending fans ahead of the measures coming into effect next week.”