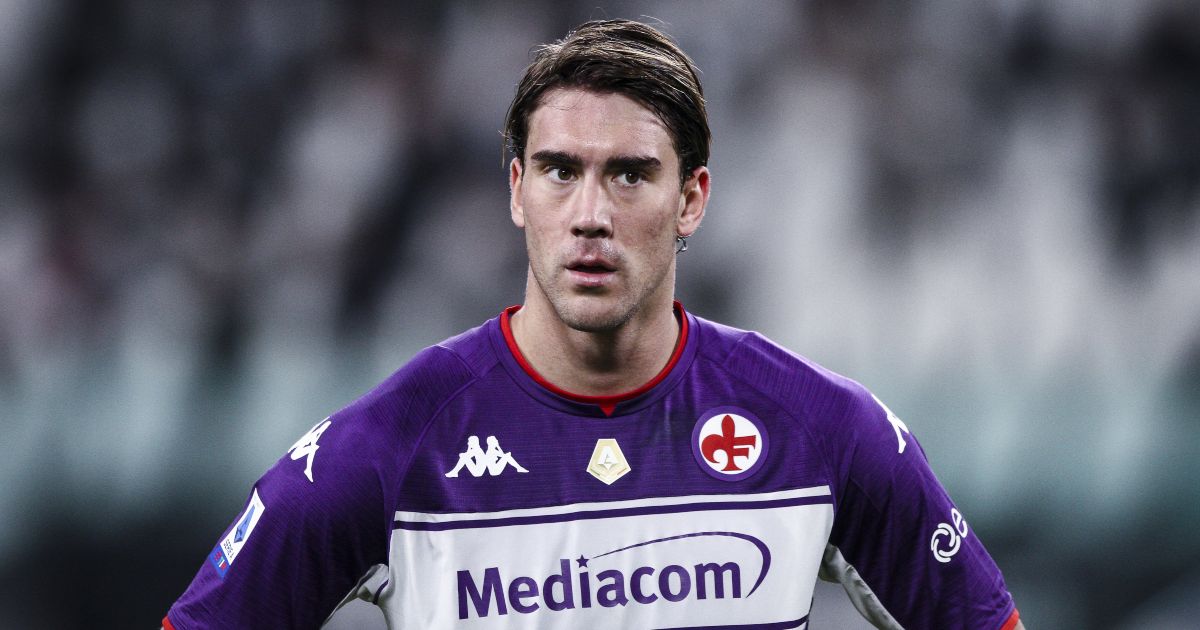 Tottenham are prepared to make Fiorentina striker Dusan Vlahovic the most expensive player in the club’s history, according to reports.

With rumours flying about that Harry Kane would leave in the summer, Spurs were linked with a number of strikers, including Fiorentina’s Vlahovic.

Vlahovic recently snubbed their offer of a new contract with rumours that he could join a Premier League club persisting and now it seems Tottenham could make their move.

The Serbia international has scored ten goals in 13 matches in all competitions this campaign to follow on from his impressive form last season in Serie A.

There was a report soon after Antonio Conte took over at Tottenham claiming the Italian wanted Vlahovic as one of four January signings.

And now Firenze Viola journalist Enzo Bucchioni (via Sport Witness) claims the chairman of Fiorentina has offered the 21-year-old another new contract as he keeps hope of retaining his prized asset.

But ‘nothing will move’ Vlahovic’s agent when it comes to accepting an offer from the Viola with ‘only one other way to go; a sale in January’.

It is understood that ‘taking Vlahović as early as January’ would suit Spurs as he could settle into Conte’s plans before the beginning of the next campaign with Tottenham willing to ‘put €70m (£59m) on a plate’ for the striker.

If they paid £59m for Vlahovic it would break their existing transfer record which they set by bringing Tanguy Ndombele to north London for £54m in 2019.

Tottenham director of football Fabio Paratici said in October that Vlahovic wasn’t on their list of targets – but the arrival of Conte could’ve changed all that.

Paratici said: “Dusan Vlahovic is appreciated by many clubs, it’s normal – he’s not in our plans, for now.

Meanwhile, Gareth Southgate insists Harry Kane’s latest jump in the England goalscorer rankings is not diminished by the fact he hit four against lowly San Marino.

“I think if you go back through those guys that have scored a lot of goals, they’ve got their fair share against some of the minnows,” Southgate told BBC Sounds’ Football Daily podcast.

“He hasn’t had that opportunity in some of the recent games, we’ve rested him in those matches and (against San Marino) he took those opportunities as you’d expect.

“So I think across the the piece that won’t be unfamiliar with all of the top goalscorers.”