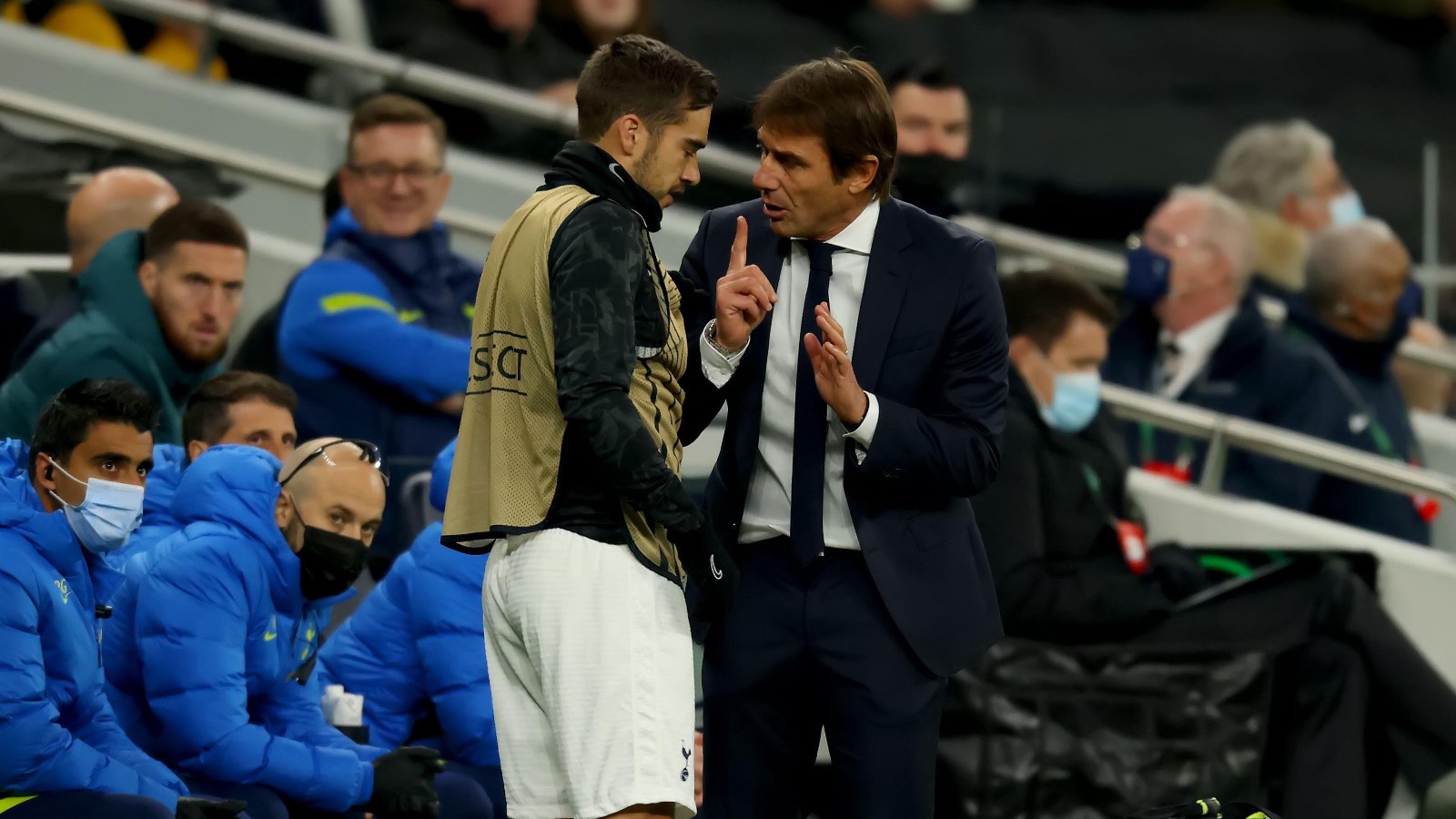 Four Tottenham stars have been ‘banished’ from the first-team having been told that Antonio Conte ‘can only work with a certain number of players’.

Tanguy Ndombele, Giovani Lo Celso, Sergio Reguilon and Harry Winks have been jettisoned from group training and will work alone as the club try to find buyers before the end of the transfer window.

READ MORE: One per club: Premier League opening-day starters who shouldn’t get too comfy

That’s according to the Evening Standard, who claim the quartet have been told Conte can only cope with a certain number of players, which conveniently happens to be everyone but those four, who are up for sale this summer.

They have reportedly been working alone and at separate times to the rest of the squad since the return from their preseason tour of South Korea.

Spurs want rid of all four but the report claims ‘there is an acceptance that their futures are unlikely to be resolved until the final week of the transfer window, and possibly on deadline day’.

Both Ndombele and Lo Celso are attacting interest from Villarreal, where the latter spent the second half of last season on loan, but there have been no bids as yet for either midfielder.

Lo Celso – who first joined Spurs on loan in 2019 and then in a permanent deal a year later for £28.8m – has also been attracting interest Fiorentina, but they, like Villarreal, want a loan deal, with Spurs holding out for a permanent transfer.

Ndombele was Tottenham’s record signing before this summer, joining in a £54m deal from Lyon three years ago, and has been offered to Newcastle by his representatives.

Everton were interested in Harry Winks at the start of the summer before Frank Lampard did ‘extensive due diligence.

Leicester were also linked but have no money, while Valencia are also said to be monitoring the Englishman.

Reguilon was reportedly hoping to return to Sevilla but the Spanish side’s capture of Alex Telles on loan from Manchester United scuppered that.

But Brighton may offer the Spain international a home as they look for a replacement for Marc Cucurella, who’s left for Chelsea in a £62m deal.

Richarlison, Yves Bissouma, Djed Spence, Ivan Perisic and Fraser Forster have all arrived in permanent deals this summer, while Clement Lenglet has also arrived on loan.

But Steven Begwign and Cameron Carter-Vickers are the only players to be sold thus far, with director Fabio Paratici’s focus now on ushering more through the exit.