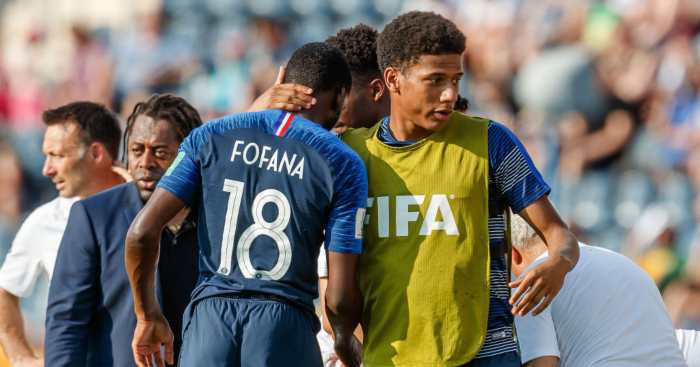 French outlet RMC claim that Spurs’ €30million offer for the young defender has surpassed the bid made by the Gunners.

The source claim that Saint-Etienne officials will meet on Saturday to discuss the offer and this latest news could well explain why Arsenal have not wrapped up a long-running deal for the 18-year-old.

Numerous outlets have reported that the Gunners are close to signing the centre-back, with Goal claiming Arsenal had agreed a deal in the region of £26.5million.

However, as yet nothing has been confirmed regarding the player, who Arsenal were set to loan back to his Ligue 1 club.

Arsenal boss Unai Emery was believed to have wanted Saliba for this season, but Saint-Etienne insisted that Saliba was loaned back for another season at the Stade Geoffroy-Guichard.

Staying at St Etienne for another season was always on Saliba’s mind as their club’s president Roland Romeyer recently explained: “He will stay at the club this season.

“It is an imperative condition should we come to an agreement for his transfer. It’s also William’s wish.”