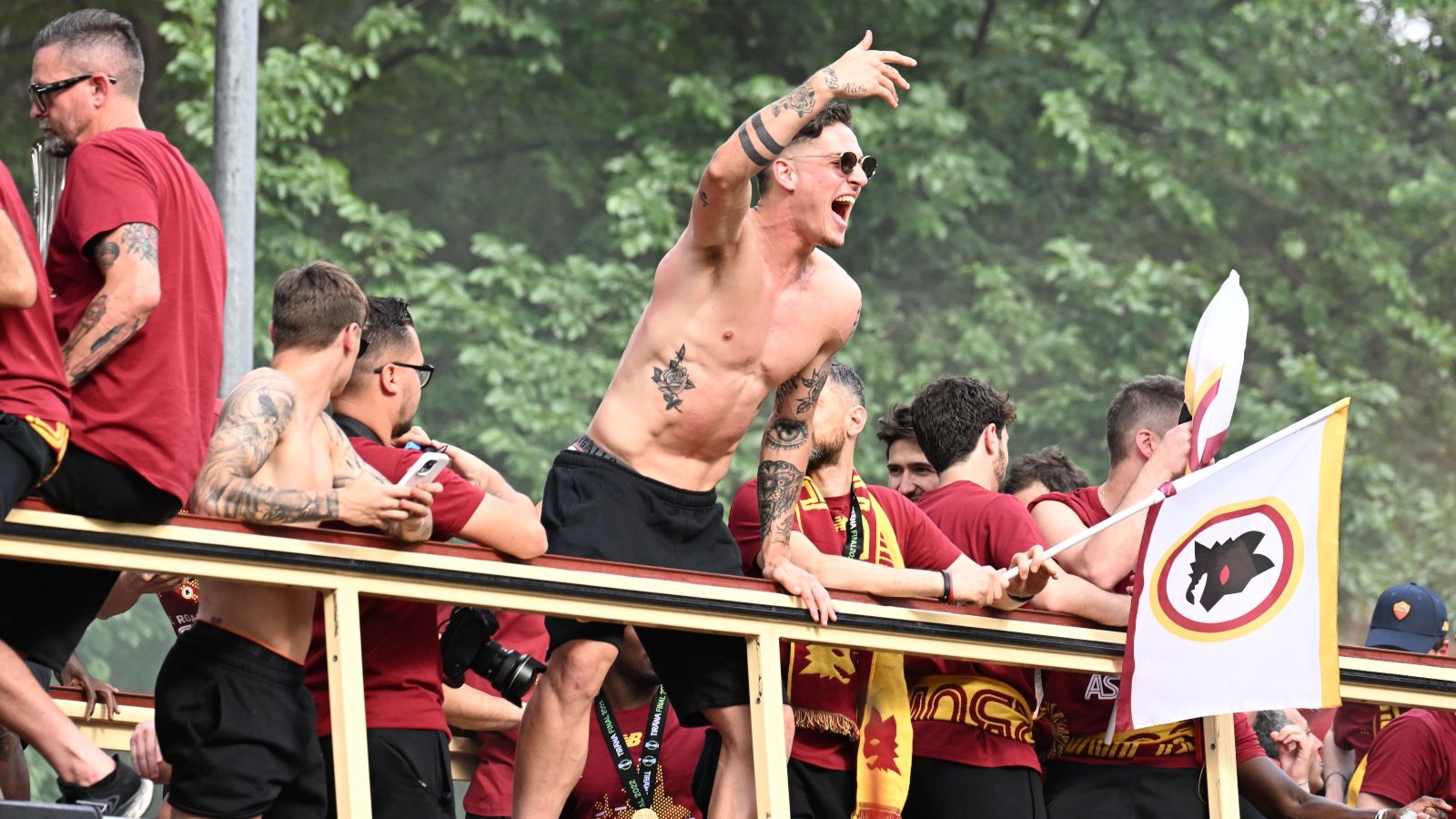 Tottenham are looking to step up their efforts to sign Roma attacking midfielder Nicolo Zaniolo over the next week, according to reports.

Spurs have already impressed in the current transfer window, bringing Fraser Forster and Ivan Perisic in on free transfers, Clement Lenglet has joined from Barcelona on a season-long loan, while they have paid fees for Djed Spence, Yves Bissouma and Richarlison.

Many pundits are already very high on Tottenham after their transfer business so far this window but there are rumours that they aren’t done yet this summer.

There have been claims that Spurs have already had a bid rejected by Roma for Zanolo’s services with the Premier League side apparently making an offer of £25m plus centre-back Joe Rodon.

A previous report has also claimed that Zaniolo is an ‘old obsession’ for Tottenham managing director of football Fabio Paratici from his time at Juventus.

Zaniolo, who is also interesting Chelsea this summer, didn’t have particularly impressive stats last season with just two goals and two assists in 28 Serie A appearances from an attacking position.

And now Italian publication Tuttosport insists that Tottenham are ‘serious’ about Zaniolo and that they will show their determination to land the player this weekend.

Roma take on Tottenham at the Sammy Ofer Stadium in Israel on Saturday and Spurs will use it as an ‘opportunity to try to overtake’ Juventus in the race for the Italy international.

Paratici will meet with his opposite number at Roma, Tiago Pinto, and will attempt to find ‘a good compromise for Zaniolo’.

Tuttosport do warn that it ‘may not be a decisive summit’ but that the north London club are ‘increasingly hot’ on a deal for the 23-year-old after tying up other business.

They add that Zaniolo ‘would like to stay in Italy’ with his ‘preference’ to move to Juventus. However, the Italian is ‘anything but insensitive to the charm of the Premier League and above all to Conte’s charisma’.

‘The moves of Tottenham do not stop Juventus, who remain in the running, but they certainly make the path more tortuous and risky. If the Spurs, which at the moment are the most Italian team in the Premier League, were to sink decisively, a change of plans by the blue cannot be ruled out.

‘Zaniolo has not lost his patience and always trusts in a Juventus blitz, but he would not want to wait indefinitely – and in vain – for the Bianconeri.’