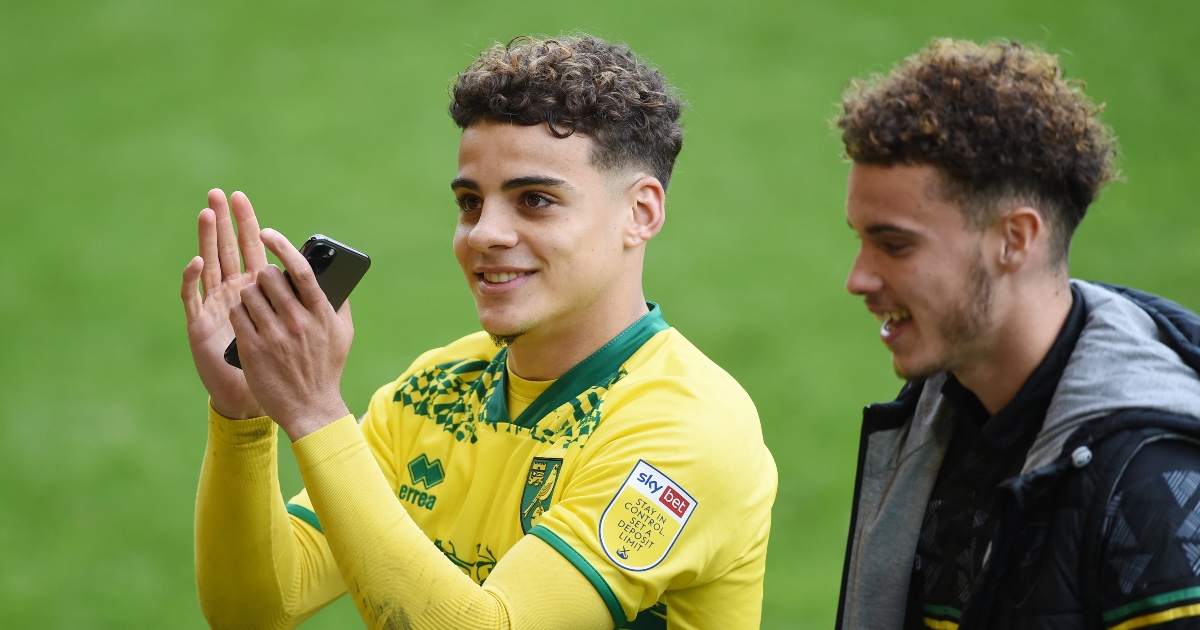 Tottenham will act on their interest in Norwich full-back Max Aarons by launching a £30million bid, according to reports.

Aarons has just helped the Canaries to achieve an immediate Premier League return and will now be allowed to leave Carrow Road.

Spurs are hoping to land his signature, along with Premier League rivals Everton and West Ham.

According to Football Insider, Spurs will soon attempt to win the transfer race by submitting a £30million bid.

That fee will match Norwich’s price tag, which has been set so they can make a decent profit on the Englishman.

Aarons will then have the chance to choose which club he joins. He’s also been linked with European sides Barcelona, Bayern Munich and Roma, who have all sent scouts to watch him in recent months.

The 21-year-old has put in some brilliant displays during Norwich’s promotion campaign.

Spurs are on the search for a new full-back to replace Serge Aurier. The Ivorian played well in the recent 4-0 drumming of Sheffield United but is expected to be sold by the new manager, whoever that may be.

They also have Matt Doherty on their books. He was signed from Wolves for a £15million fee in August last year after two impressive seasons at Molineux. But his time in London has been far less successful, mainly due to him failing to impress Jose Mourinho before his sacking.

Doherty proved himself as a top wing-back in Nuno Espirito Santo’s formation at Wolves, yet he has failed to adapt to Spurs’ tactics.

Aarons came out of the Norwich academy which has also produced Todd Cantwell, Jacob Murphy and Jamal Lewis.

He looks set to become a Premier League star should his move to one of the country’s biggest teams be concluded in the coming months.

The only negative for Aarons is Gareth Southgate’s options for England in his position.

Even if Aarons makes it at a top Prem side, it’s unclear whether he could force himself into England contention.