Home Mediawatch Tottenham should spend £150m on one man? Really? 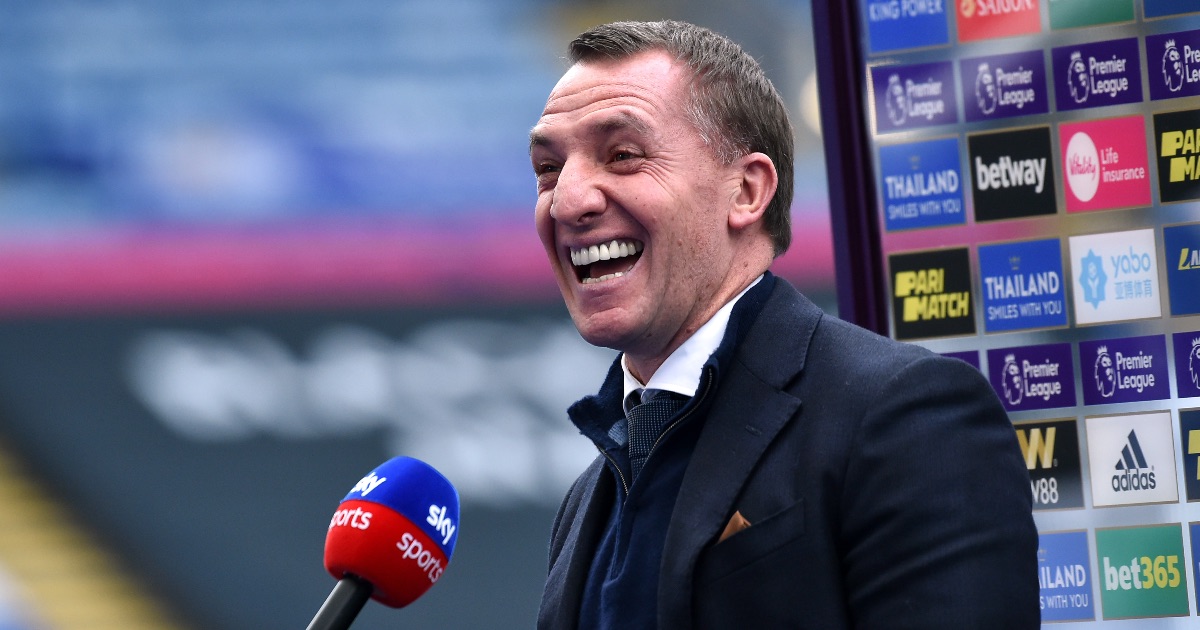 Tottenham should spend £150m on Brendan Rodgers? Are you sure? Plus, Jurgen Klopp’s mistakes…

Soccernomics
Mediawatch has read Ian Herbert’s piece on Mailplus (‘the new way to experience The Daily Mail on your phone and desktop’, presumably for those sniffy about MailOnline several times and is still baffled. But it really does seem that he is advocating that Tottenham spend £150m (after selling Harry Kane) on Brendan Rodgers, even though the most expensive Premier League manager ever cost just north of £13.2m.

‘So how about this as a radical way of showing they have ambition and foresight after all? Spending the entire cost of Harry Kane on bringing Brendan Rodgers to the club. All of it. The lot. That would be £150million on a manager, including the cash to prize him away from Leicester City.’

Does ‘radical’ now mean ‘bat-shit mental’? Because we can think of no other way to describe the idea that Tottenham should spend way, way above market value for something that could be available for so much less.

If Brendan Rodgers wanted to join Tottenham (and that’s a big if) then Leicester’s compensation package would be a reported £20m. What on earth would be gained by offering Leicester more money than the price on the tag?

‘They’ll tell you that in football, you simply don’t spend that kind of money on a manager.’

Because that’s not how much they cost.

‘But it is an infinitely shrewder form of investment than throwing the lot at another star player or two, particularly for a club in the state Spurs are in. It’s only the flawed logic of football – by which managers are rarely valued as highly as top players – which makes it otherwise.’

‘Flawed logic’ seems an apt phrase at this juncture.

‘That’s why Spurs chairman Daniel Levy needs to go beyond the usual machinations and make a formidable offer. A proposal that would redefine the way in which managers are valued and demonstrate that Spurs want to move heaven and earth to get him. A salary north of £10million a year and a five-year deal, together with a commitment to squad investment greater than Rodgers currently has at Leicester.’

Why would the Tottenham chairman take it upon himself to ‘redefine the way in which managers are valued’? Why is that his job? And why would any shrewd businessman take it upon themselves to spend £150m on something that might be available for far less? You might be surprised that tumble dryers are much cheaper than washing machines but you don’t offer £400 for a tumble dryer to redefine the way they are valued; you just cheaply get your clothes dried and enjoy the feel of the soft, dry material against your skin.

And somebody needs to tell Herbert that Rodgers is already on pretty hefty wages. Maybe one of his Mail colleagues.

‘It would skew managerial economics, though consider what Rodgers has brought to Leicester: Champions League football, the FA Cup, vastly improved players and a vibrant team ethic. Everything Spurs want. It’s hard to compute why he would not equate to the value of Kane.’

Did we miss the bit where Rodgers brought Champions League football to Leicester? He may yet; but don’t count your chickens when the Foxes are around. And no, it’s not hard to compute why Rodgers does not equate to the value of one of the best three strikers in the world. Not hard at all.

‘There are also the balance-sheet benefits that Levy only seems to deal in. Spurs earned £61million for reaching the Champions League last 16 last season and £90million for making the final a year earlier. Two good years back in that competition would pay for the outlay.’

Yes, and a man who deals exclusively in balance sheets will definitely be in the business of playing way above market value for something available much cheaper, just on the off-chance that Spurs might reach the Champions League final. And do that without Kane, remember.

‘Spurs are a drifting, rudderless club, needing someone to help navigate them through the fallout from Kane’s departure and then send volts of electricity around the place. They only have to look to Man City and Liverpool for evidence of what pushing the boat out for a talismanic manager can do for a club and their supporters. We are about to discover whether Tottenham’s boldness extends much beyond the architecture of a stadium built to bring the season-ticket revenues flooding in.’

Are we really defining ‘boldness’ as ‘making a ridiculous business decision’? If so, we fear Ian Herbert is going to be very disappointed indeed when the Tottenham chairman shows himself to be a coward by only paying what is actually required for his new manager.

Playing both sides
‘Harry Kane might be about to hand Liverpool a major concern’ – Liverpool Echo, May 19.

Phew. That was resolved quickly.

Brilliant mistake
Actual Liverpool beat Burnley 3-0 on Wednesday night so of course this is the headline on the Daily Star website:

They won 3-0 so we’re not sure what mistakes were made but we are happy to be educated.

‘Jurgen Klopp once again opted to start Nat Phillips and Rhys Williams as his centre-back pairing for the visit to Turf Moor.

‘But the partnership appeared to have no answer for the uncompromising forward play of Burnley striker Chris Wood.’

Well they did win 3-0 and Chris Wood managed one shot on target.

‘The hosts continually played long balls forward, with Wood frequently getting in behind the duo and having shots on goal.’

‘While he would have been missed from the midfield, it can’t help but be felt that Fabinho’s experience would have ensured Wood was kept quiet had he started in the backline.’

It doesn’t really matter because they won 3-0.

For the record, Klopp’s other incredibly costly mistake was dropping Curtis Jones after his 58 minutes against West Brom at the weekend yielded no shots, no key passes, one dribble, no tackles and no interceptions.

We bet he feels stupid now.

Yes Sir, I can boogie

This is the kind of shit that makes you want to support Scotland. pic.twitter.com/CueooQNKvx