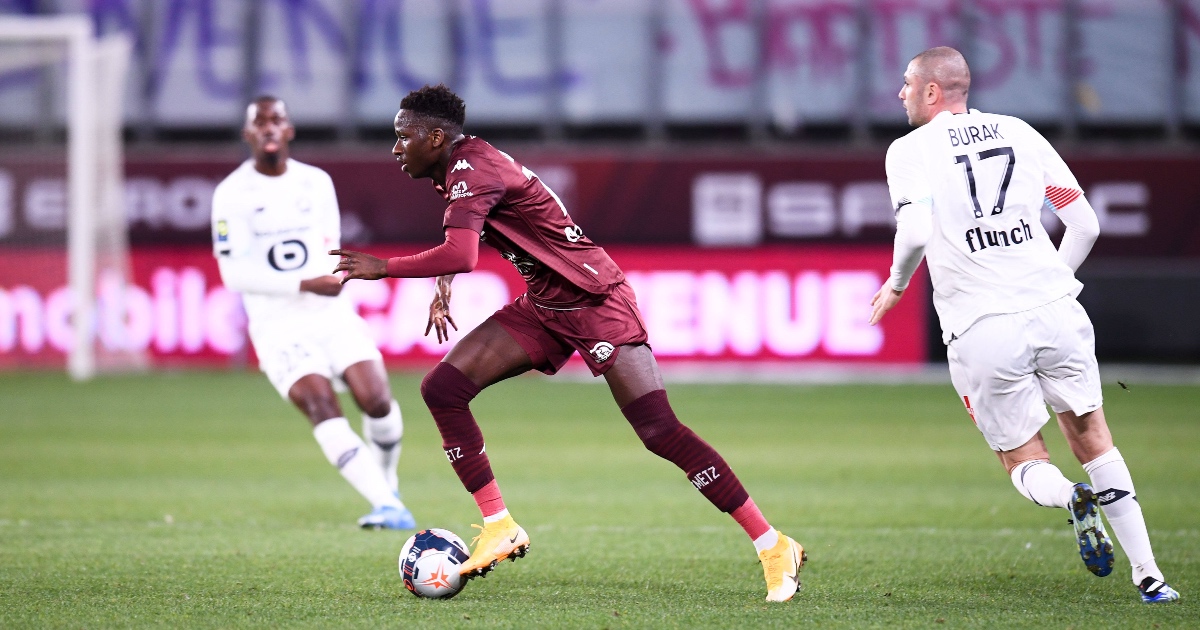 Tottenham have announced the arrival of highly-rated teenager Pape Matar Sarr from Metz.

The 18-year-old midfielder has joined for an undisclosed fee, before returning to Metz on loan for the 2021-22 campaign.

He is a full Senegal international who played 22 times last season as the French outfit finished 10th in Ligue 1.

Sarr has become Tottenham’s fourth signing of the Nuno Espirito Santo reign. Bryan Gil has already arrived from Sevilla, while Cristian Romero and Pierluigi Gollini have both been signed from Atalanta.

Sarr has been billed as a player for the future. After bursting onto the scene in France, he was pursued by a number of European sides, but it is Spurs who have won the race for his signature.

It is a busy day for the north London side as they have also confirmed the departure of France international Moussa Sissoko.

The 32-year-old has joined up with Xisco Munoz at Watford after agreeing on a two-year deal. He has cost the Hornets a reported £3million.

The pacy winger impressed during Spurs’ recent 1-0 win over Wolves, during which he caused Japhet Tanganga all sorts of problems.

He has since been linked with a summer transfer, although Liverpool are also known admirers.

When asked about the Spaniard, Robinson told Football Insider: “He’s a player that I like. I think he has really improved in recent years.

Traore has made 134 appearances for Wolves in all competitions, scoring 10 goals and laying on 18 assists for his team-mates.

He has played in all three of their fixtures this season, including the 4-0 Carabao Cup thrashing of Nottingham Forest.