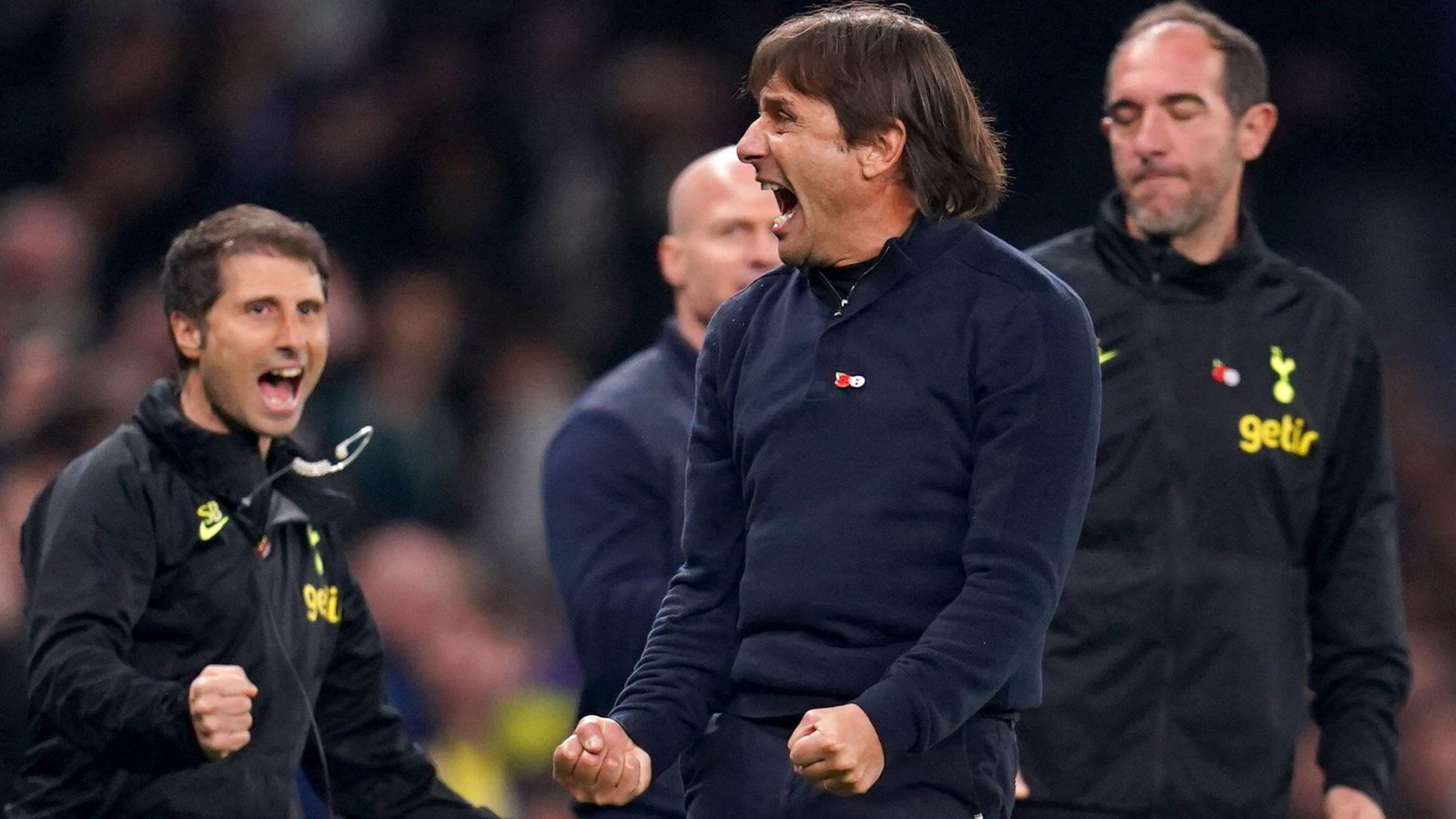 Antonio Conte heaped praise on Harry Kane for the important role he played in ensuring Tottenham finished the first half of the season in the Premier League top four and revealed he will be backing the England captain to go all the way in Qatar.

World Cup-bound Kane struck his 13th goal of the campaign to help Spurs edge a seven-goal thriller with Leeds, which saw them return to winning ways on home turf for the first time since October 15.

A tricky period of 13 matches in 43 days has seen Tottenham largely struggle for consistency but Rodrigo Bentancur’s late double ensured they concluded this gruelling spell with a dramatic 4-3 win.

All eyes were on Kane ahead of kick-off given this was his 22nd consecutive start of the campaign and his club boss had revealed he was “very, very tired” during Wednesday’s Carabao Cup exit at Nottingham Forest but the hitman added another goal to his tally and played the full 90 minutes.

Conte insisted: “I have to be honest and I think in this period, especially the last 13 games, Harry played a really important role.

“If we finish this period in the top four and to have qualification for the next round of the Champions League, we have to place a lot on Harry because in this period we had many injuries but injuries up front.

“We lost (Dejan) Kulusevski and he only played this game. Then we lost Richarlison and without Lucas Moura from the start was difficult. Sonny also struggled a bit at the start of the season. I think Harry honestly deserves great praise.

“He is always an important player, but in this period I think a lot of weight was on his shoulders and he played in a fantastic way. Now he is arriving to play the World Cup with great enthusiasm, in a good physical condition and in my opinion he is mentally stronger than before.

“I see a player that is ready and I see in his eyes the desire to be a protagonist in the best competition in the world in the World Cup.”

Kane fired home in the 25th minute after turning Tyler Adams inside the area to cancel out Crysencio Summerville’s early opener before a back-and-forth second period occurred.

Once the dust had settled, former Italy international Conte was able to reveal he would become an England fan for the next month.

“I think Harry feels a lot of responsibility because he’s the captain of England,” Conte added.

“I consider England to be one of the best teams in the world, one of the candidates to have an important tournament. For this reason, I know he wants to play an amazing tournament.

“I wish for him the best and for England because Italy is not playing in the World Cup and for this reason I can become a supporter of England!”

Opposite number Jesse Marsch was furious Kane’s effort was allowed to stand after Illan Meslier had collided with Richarlison and Clement Lenglet from Ivan Perisic’s corner.

Rodrigo’s excellent double had put Leeds 3-2 up with 14 minutes left in N17, after Ben Davies’ effort had forced an own goal from Meslier after half-time.

Marsch was frustrated that, not for the first time this season, his side were not able to hold onto their advantage after squandering three leads at Tottenham.

He admitted: “I’d say we have encapsulated our 16-game season in one match.

“Moments that were really good where we were on top and in control. Then moments where we were vulnerable and make easy mistakes that at this level you can’t make because you get punished.

“Obviously, I always try to look at the positives and I really like a lot of the things we’re able to accomplish but it is just in a lot of moments when we’re in control of the matches, we just can’t seem to stay in control.”