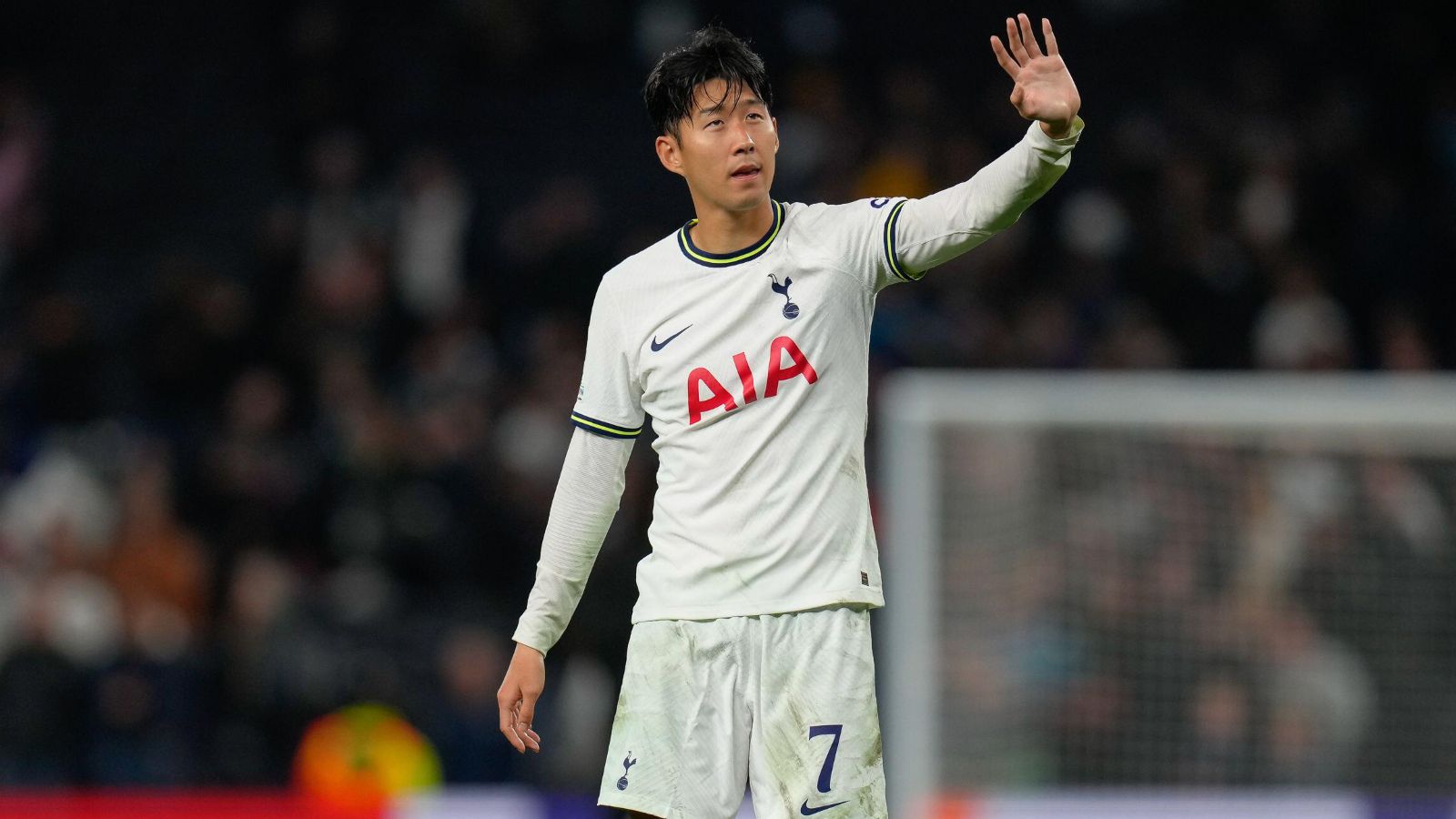 Tottenham Hotspur star Heung-Min Son is reportedly ‘preparing for his next career step’ and Real Madrid boss Carlo Ancelotti is an admirer of him.

Spurs could be in for a troublesome few months if recent reports are to be believed.

Harry Kane is out of contract in 2024 and he is being targeted by Bundesliga giants Bayern Munich.

It is understood that the German side are preparing to move for the striker next summer when they hope he is available for a reduced fee.

Tottenham manager Antonio Conte meanwhile is yet to commit his future to the club, with his current deal expiring at the end of this season.

The Italian has been linked with a return to Serie A side Juventus, who are suffering a quite significant fall from grace.

Conte has moved to quash talk of him going to Juventus, but reports will only intensify the longer he leaves it before extending his deal.

Now Son is the latest key figure at Spurs to be linked with a move elsewhere. German outlet Sport1 are claiming that the forward ‘wants to take the next step’.

He is under contract until 2025 but he is already said to be ‘preparing’ for a move away from Tottenham Hotspur.

Sport1 suggest that Son’s performances for Spurs have made him ‘big enough for big clubs like Paris Saint-Germain, FC Bayern Munich or Real Madrid’.

The report suggests that Madrid are one club who have Son in their sights as Ancelotti has ‘kept an eye on him’.

Son enjoyed one of his best seasons in a Tottenham shirt last season as he shared the Premier League Golden Boot award with Mohamed Salah.

The Spurs man has made a relatively slow start to this season for his standards though. He has five goals and two assists in 16 outings.

His goals have come in two games as he netted a hat-trick against Leicester and a brace at home versus Eintracht Frankfurt.

Son has recently leapt to the defence of Tottenham amid criticism over their supposed negative style of play.

“No, I think it doesn’t matter,” Son chuckled when quizzed on Spurs’ critics.

“They criticise because we are almost in a good position in both the league and Champions League as well.

“I think the criticism is because the expectation is high so I am looking at it that way. Maybe I am too positive? But I think looking that way is good.