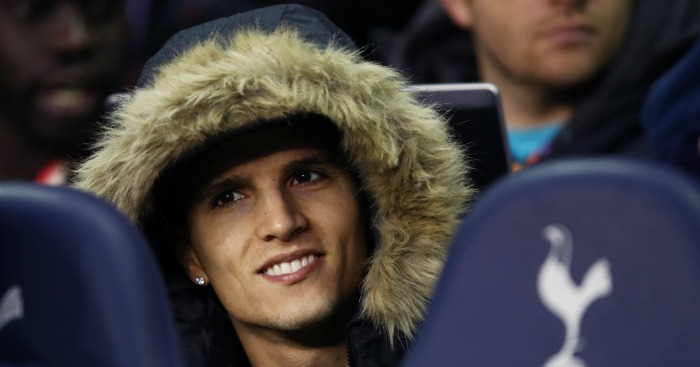 Tottenham winger Erik Lamela has denied that he has ever held discussions over a move to Juventus.

Lamela has only recently returned to the Tottenham squad after over a year on the sidelines.

The 25-year-old suffered an injury in a League Cup game against Liverpool in October.

Complications over that injury and issues in his personal life meant that he did not return until last November, but he was linked with a move back to Italy for many of the 13 months he spent out.

Juventus were reported to hold an interest in the Argentinean, along with Inter, but Lamela has denied ever talking to either side.

“There’s never been anything with Juventus,” Lamela told La Gazzetta dello Sport. “Inter? I only think about the club I’m at, and I am very good here at Tottenham.

“The club is getting better and better, and I love living in London.

“Pochettino is from Argentina like me and he knows that it is not easy for a young player to settle in quickly in a completely different culture.

“At the beginning, I had many problems with the language, injuries and different football. After the first season, many people told me to leave England but I didn’t want to give up, it was a challenge.

“Now I’m still here, so I made the right choice.”