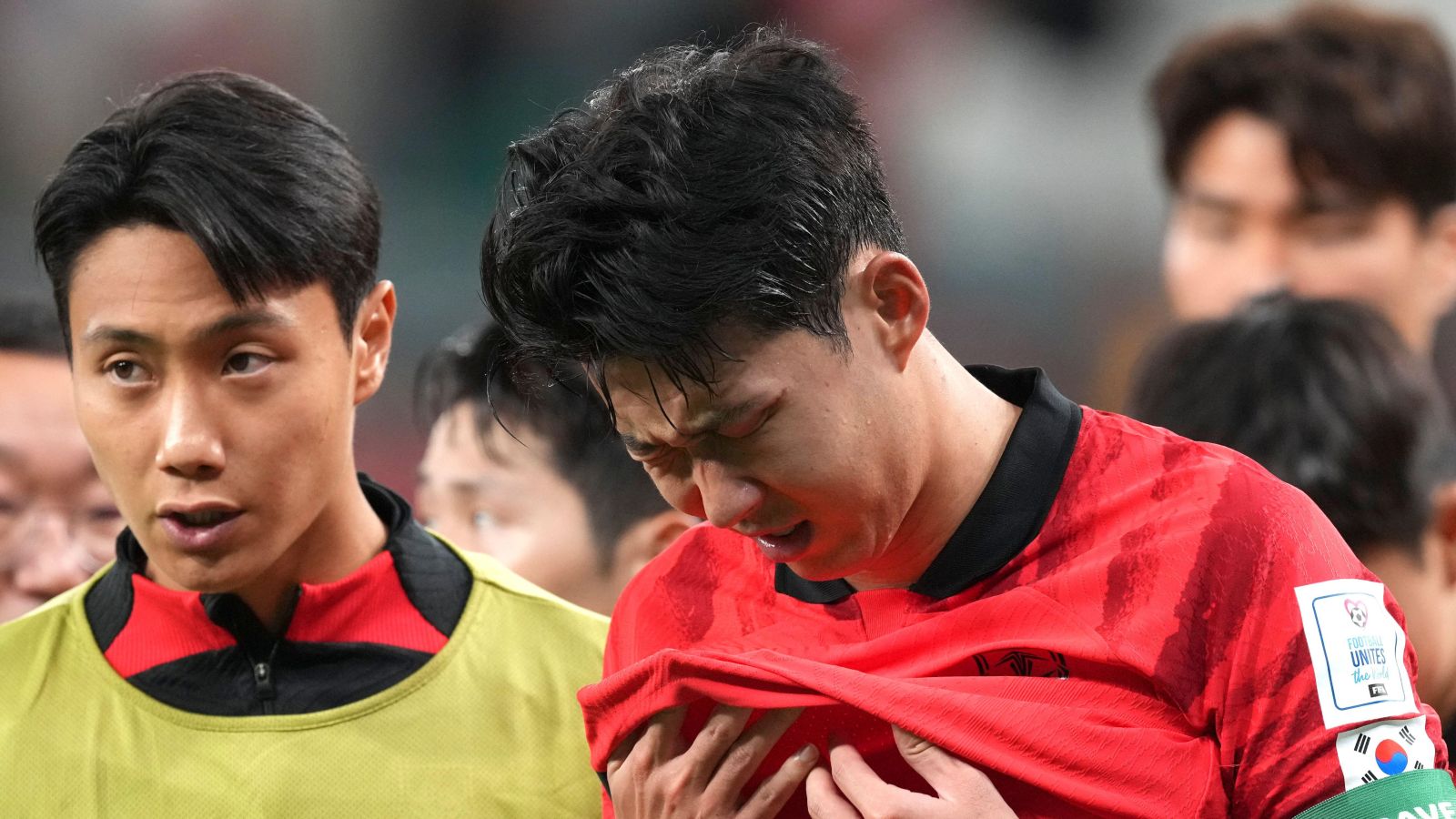 Spurs attacker Son was visibly upset at the final whistle after South Korea fell to a 3-2 loss which leaves them on the brink of being knocked out of the World Cup.

South Korea coach Paulo Bento was shown a red card following a confrontation with Taylor at the end of the match.

Bento was furious South Korea were denied a corner when Taylor blew up after the allocated 10 minutes of stoppage time.

Asked why Son was so upset at the conclusion of Monday’s pulsating Group H fixture, Costa replied: “The reaction is a reaction of a person and a group which feels a lack of fairness at the end of the match.

“It is a normal reaction of someone that did all they could to win, and were not able to do so. I believe we should be sad, and feel a lack of justice at the end of this match.

“The result is totally unfair. Not even a tie was fair. We clearly deserved the win.”

Commenting on Bento’s outburst, Costa added: “It was related to the fact that we thought a different criteria was used.

“In the first half, they let a very similar situation be played, and in the second half, when we had an opportunity for a corner kick, the referee took that opportunity away from us.

“Paulo reacted, I was close by, and he said nothing which was inappropriate to the referee. It was a lack of fairness.”

Following their defeat to Portugal, Ghana’s win – their first at the World Cup since 2010 – provides them with hope of reaching the knockout stages.

Ajax’s Kudus will take the plaudits after he scored in both halves following Southampton defender Mohammed Salisu’s opener with 24 minutes gone.

“He is a good character and a very good player,” said Ghana manager Otto Addo of Kudus, 22.

“He is on the right track to be a great, great player, and I only have high praise for him.

“A big congratulations to the team to be mentally that strong and to come back and score the third goal.

“At the end it was passionate defending. We were a bit lucky because South Korea put us under a lot of pressure. But our passionate fight got rewarded.”

READ MORE: Kudus to Everton for their scouting – but the jewel in Ghana’s crown will go much further