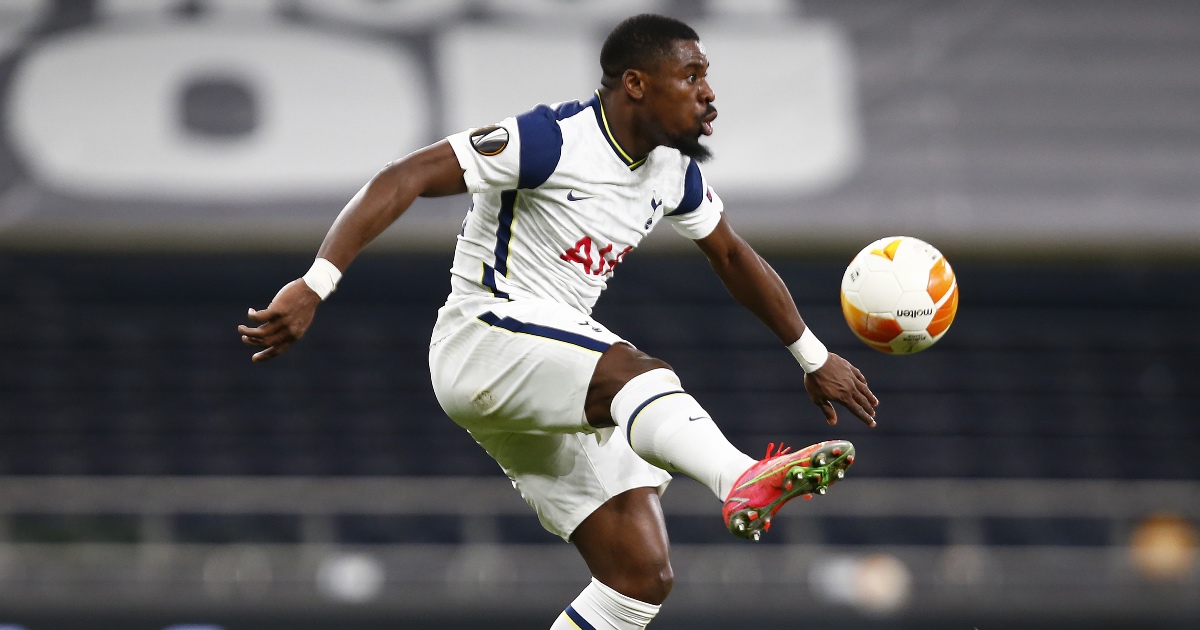 Tottenham full-back Serge Aurier has increased rumours of a Paris Saint-Germain move by saying he won’t sign a new contract.

The 28-year-old joined Tottenham from the French giants in 2017 but has been linked with a return in recent months.

He’s now responded to the transfer rumours by calling PSG ‘the club of his heart’.

When asked about his future, Aurier told French outlet L’Equipe (via Sport Witness): “If I wanted to extend at Tottenham I would have done so already.”

Speaking about PSG, the defender continued: “I have never hidden my desire to come back to PSG one day.

“This is my heart club, the one I support, I feel free to talk about it. But I don’t want people to think I’m kicking my foot out and closing the door on anyone. But if the club make a proposal this summer, PSG will be one of my top picks, for sure.”

Aurier’s future is uncertain as Tottenham continue to hunt for a new manager. It’s unclear whether the right-back will remain a first-team regular under their new boss, given his inconsistent form in recent seasons.

Aurier could be sold to improve Spurs’ funds in the summer transfer window. They desperately need to improve the squad to move back into the top six, after finishing seventh in 2020/21.

PSG are on the search for a new right-back this summer, explaining why Aurier has been so closely linked.

They have the option to buy loanee Alessandro Florenzi from Roma, but it looks like he may return to Italy in July.

Inter Milan starlet Achraf Hakimi is their favoured option in the position. He’s excelled in Serie A this term, scoring seven goals and assisting ten more in 37 appearances.

As he can operate as a wing-back or right midfielder, he’s expected to suit Mauricio Pochettino‘s attacking style.

Should a move for Hakimi fail, then PSG may turn to Aurier. He’s a far cheaper option as Spurs want just €15million for his services.

A summer move for Aurier could see Matt Doherty finally stamp his authority at right-back. The Republic of Ireland international was impressive at Wolves but is yet to reach his best form in the capital.