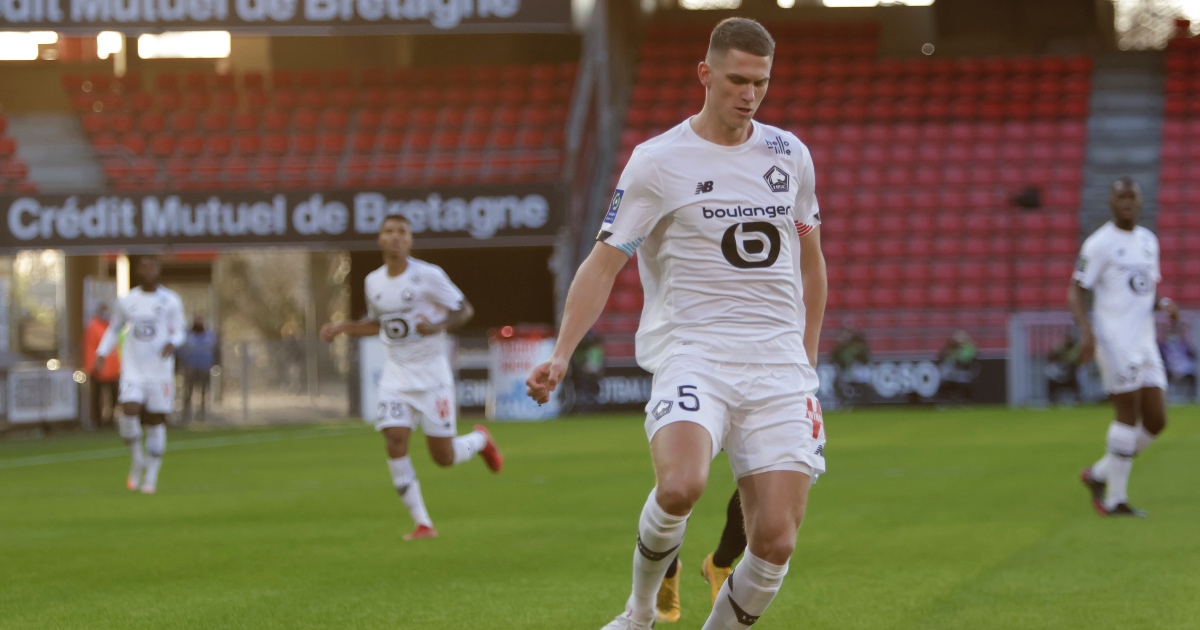 Tottenham have set their sights on Lille starlet Sven Botman to solve their defensive problems, according to reports.

Jose Mourinho’s men have come under fire this season after slipping down to ninth in the Premier League.

They’ve been leaky at the back, conceding three against Man City and five against Everton in recent weeks.

According to France Football, Tottenham are now hoping to sign 21-year-old Botman to improve their defence.

The Lille centre-back has become one of the brightest prospects in Ligue 1 since joining from Ajax in July.

He’s made 32 appearances already this term and looks set to become a future star in the mould of Matthijs De Ligt.

Standing at 6ft 4in, Botman is a towering defender who is also a threat from set pieces.

Liverpool scouts have already begun the process of monitoring Botman, meaning a transfer race could begin.

Tottenham officials believe he is the man to help tighten up their poor defensive record.

The Dutch U21 international could partner Joe Rodon in the future as Mourinho searches for his best team.

Eric Dier and Davinson Sanchez have featured together in recent weeks but have played poorly.

They were run ragged by City attackers Gabriel Jesus and Raheem Sterling in the 3-0 loss on February 13.

Sanchez was also unable to deal with midfielder Ilkay Gundogan, who easily went past him for City’s third goal.

Speaking after the defeat, he said: “It’s getting embarrassing. I look at the team and the back-four is just an absolute shambles. I don’t know why Jose keeps playing Sanchez and Dier because it’s probably one of the worst partnerships in the Premier League.

“The only player you’d say deserves to play in that back-four is [Sergio] Reguilon.”

Signing Botman could signal the start of a new defensive look for Tottenham.

They’re being linked with plenty of keepers to replace Hugo Lloris, including Dean Henderson and Nick Pope.