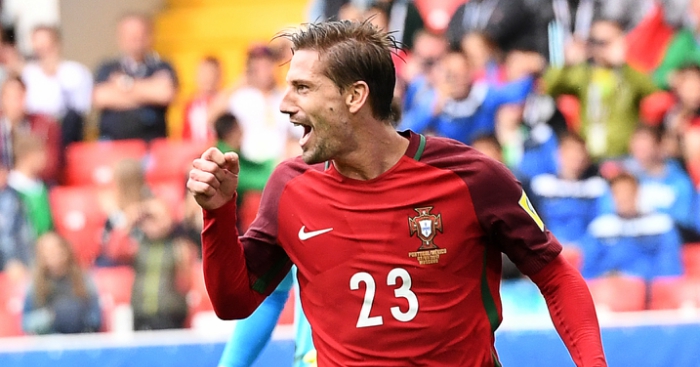 Adrien Silva says that a move to the Premier League would appeal amid rumours of interest from Tottenham.

Silva has emerged as a possible summer signing for Tottenham as they look to strengthen their squad ahead of a season in the Premier League and Champions League.

According to reports in Portugal, the club have already had a £17.5million package rejected by Sporting Lisbon for the midfielder.

The Portuguese club are thought to be holding out for closer to £30m for the 28-year-old, who was linked with Leicester last season.

Silva has featured for Portugal in the Confederations Cup this summer, where he scored the winning goal in the third-place play-off against Mexico.

Asked about the rumours after the game, he admitted that a move to the Premier League would have to be considered.

“I was not in touch with anyone during the Confederations Cup. I preferred to focus completely on this event and finish it in the best way,” he told A Bola.

When asked about rumours linking him with a move to Tottenham, he replied: “The best players are there, the English championship is recognised by all as one of the best.

“Let’s just let things run. I have a contract with Sporting, but nothing is certain.”