Home All The News Tottenham tell Wimmer suitors to sod off 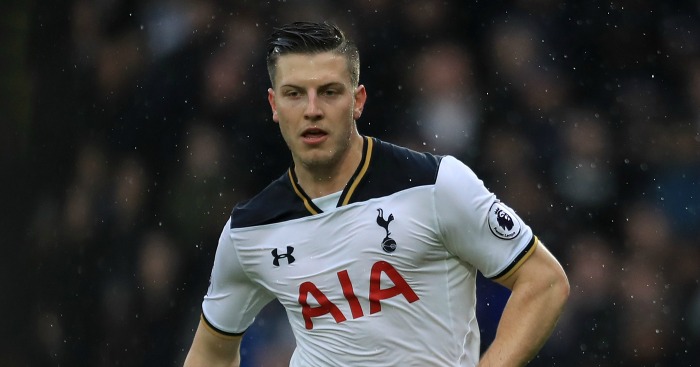 Tottenham have told clubs in the Bundesliga and the Premier League that Kevin Wimmer is not for sale.

An ankle injury to Jan Vertonghen means that Spurs will not entertain offers for the Austrian centre-half who has started just three Premier League games this season.

At the start of the season, Tottenham manager Mauricio Pochettino preferred youngster Cameron Carter-Vickers on the bench rather than Wimmer.

No-one at Sky Sports has heard of Kevin Wimmer, clearly. The bloke who filled in seamlessly for Vertonghen last January…

His representative Mithat Hali told ESPN: “Cologne made an offer. There have been a few offers from the Premier League and the Bundesliga. There is a lot of interest.

“Tottenham do not want to sell. All offers have been turned down and he is staying.”