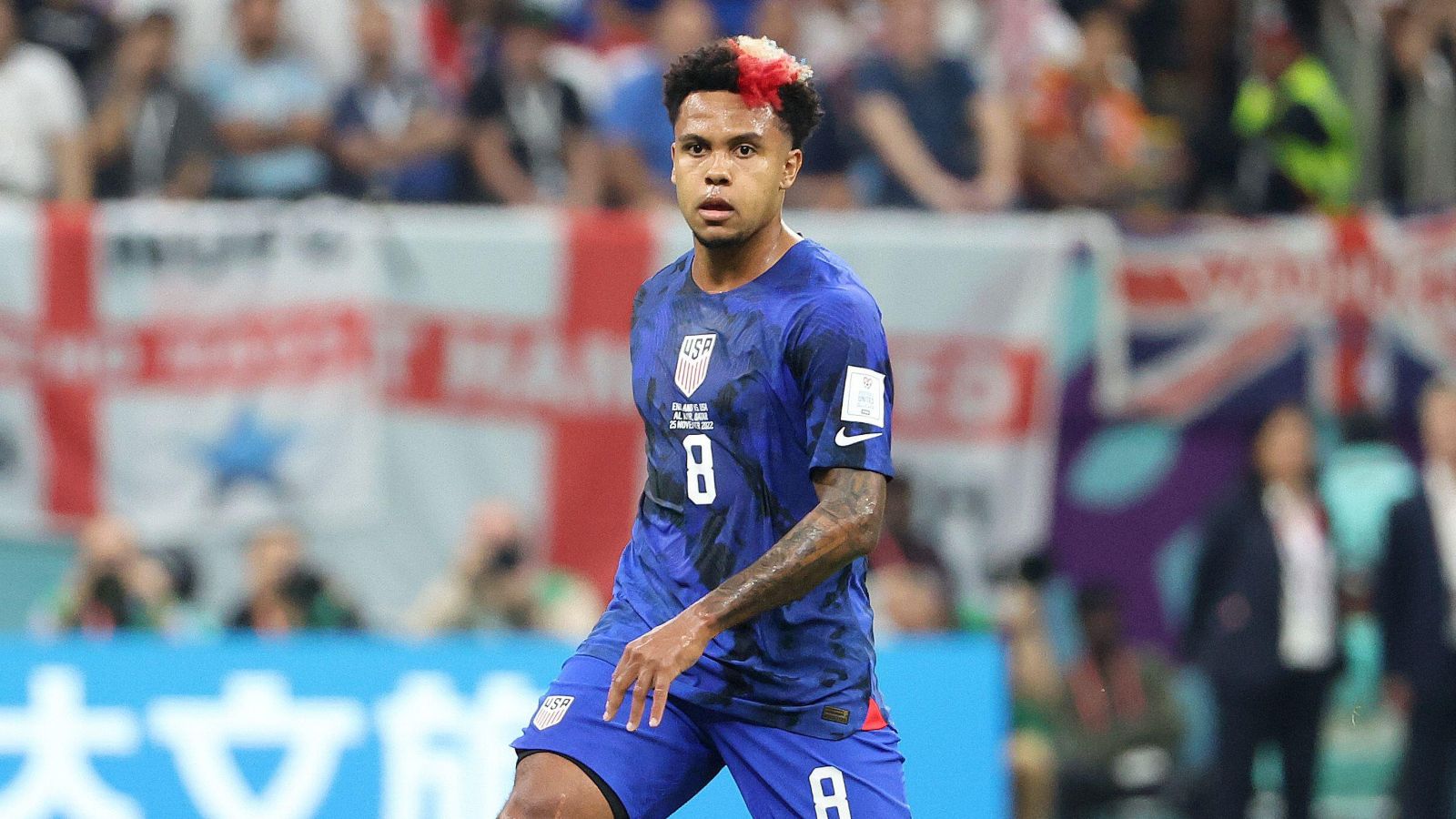 Tottenham Hotspur have been told that they should target Juventus centre-midfielder Weston McKennie after he shone against England on Friday night.

The United States star shone on Friday night as they earned a point against their Group B rivals England.

McKennie, Tyler Adams and Yunus Musah worked incredibly hard as they got the better of England’s midfield trio of Jude Bellingham, Declan Rice and Mason Mount.

The USA were well worth a point in the end and they perhaps did enough to win the game but they just lacked a cutting edge up front.

McKennie has been linked with a move to the Premier League in recent months and his showing against England will likely give him a better chance of securing a big move away from Juventus.

“If the finances work then Tottenham should definitely be in for McKennie. He’s the best central midfielder the US has ever had,” Friedel told Online Casino.

“Against England, he showed his quality and I think he’d be a brilliant addition for any big side in Europe.”

He added: “I think Gareth Southgate was being honest in his post-match interview and it was refreshing to see.

“Berhalter got his formation spot on and England didn’t predict it so he has to get a lot of credit for that.

“I texted him after the game and said ‘great job’ as playing that formation started and putting Weston McKennie on the right really confused the England players. He’s never played there before and playing a rigid 4-4-2 formation really worked well.

“I understand that England fans get frustrated but Southgate was only being honest in his interview and perhaps the US aren’t getting enough credit for their display.”

He thinks Tottenham are “well stocked” in midfield but his signings from Juventus have been “unbelievable”.

“I don’t know where he would play,” Wenham told Football Insider.

“We brought in Bissouma during the summer and he has started playing like the player we all thought he was in the last few weeks.

“Let’s work with what we already have first. I get that Paratici loves Weston McKennie and who am I to go against his recommendation?

“His signings from Juventus have been unbelievable. I just feel like we should be spending any available money on improving our wing-backs.

“That’s what we should be doing if there is money to spend in January because that is where our problems are.

“We are well stocked in midfield as it is.”