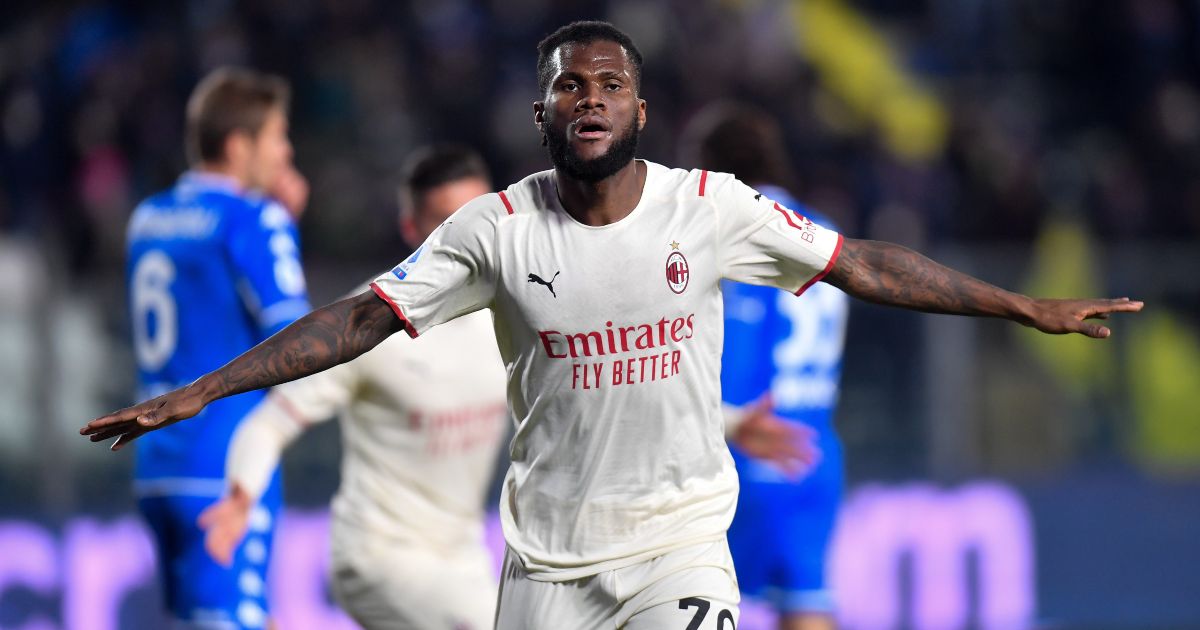 Tottenham have reached an agreement with AC Milan to bring Franck Kessie to north London in January but there could be a hold up, according to reports.

There have been reports previously that current Spurs boss Antonio Conte attempted to sign Kessie while manager of Inter Milan.

The 25-year-old made the move to AC Milan in 2017 from their Serie A rivals Atalanta on an initial two-year loan deal before the Rossoneri made the deal permanent in 2019.

What’s the point of Tottenham? And other mails…

Kessie’s deal at the San Siro runs out at the end of the current campaign and it looks likely that he will leave on a free transfer then, if not before.

The Ivorian has played over 200 times for Milan and his repuation has grown over the past couple of years with links to multiple Premier League clubs.

And now Calciomercato (via Sport Witness) claims that Tottenham have ‘reached an agreement’ for the signing of Kessie after Fabio Paratici got in touch with Milan following Conte’s pleas.

Spurs can now sign him ‘immediately’ if the midfielder agrees to leave Milan for north London part way through the season but it is understood that Kessie would ideally wait until the end of the campaign as Milan have a chance of Scudetto glory.

Meanwhile, Tottenham lost 2-0 to Chelsea on Sunday and Conte was unhappy that Harry Kane saw a goal chalked off after 40 minutes for a push on Thiago Silva.

Conte said: “In the first half the referee disallowed a goal and I was very clear with him, because I think that it’s best sometimes to tell the referee in a polite way.

“The yellow cared for (Japhet) Tanganga also angered me a lot. It can seem a stupid thing, but no, because a yellow card from the start to the end can also force an early substitution.

“But the referee can make a good or bad decision, it’s normal, like me or a player, but it’s okay.”