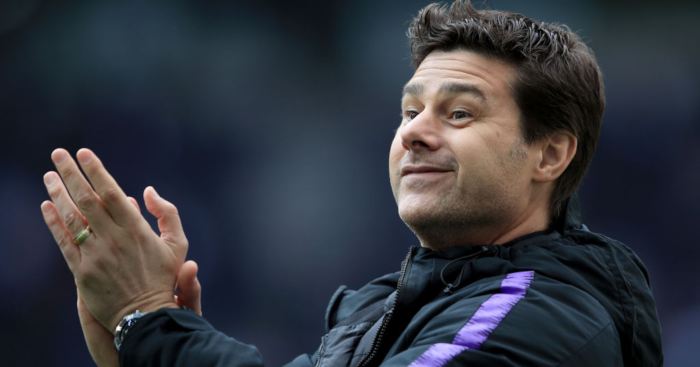 Tottenham have shelved all first-team transfer talk until after their Champions League final with Liverpool, according to reports.

Spurs have had a good season overall, qualifying for next season’s Champions League by finishing fourth in the Premier League, despite their shaky end-of-season-form.

They also face Liverpool in Madrid on June 1 for the opportunity to be crowned kings of Europe in the Champions League final.

Mauricio Pochettino has been unable to bring any players into the club over the last two transfer windows and Spurs fans will be hoping the club can do some business in the upcoming window, which opens on Thursday for domestic transfers.

The Evening Standard claims that ‘all discussions will be put on ice’ over transfers and that Pochettino will ‘not allow any of his players to be distracted by talk of their futures’.

Christian Eriksen, Toby Alderweireld and Fernando Llorente approaching their final year, while Spurs are believed to be ‘willing to listen to offers for a number of players’.

Meanwhile, discussions to sign top targets such as Andre Gomes and Ryan Sessegnon will also have to wait as the club look to win their first Champions League in their history.