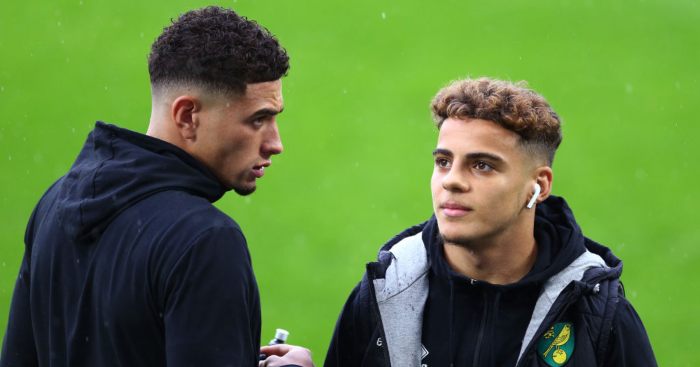 Tottenham are weighing up moves for Norwich City pair Ben Godfrey and Max Aarons over the summer transfer window, according to reports.

Bergwijn made an instant impact, netting a brilliant debut goal in the win over Manchester City earlier this month.

However, a key area which Mourinho failed to address was full-back and central defence, with the Portuguese reportedly keen on sorting out his options in those areas.

Previous reports have claimed that Mourinho is not convinced by right-back Serge Aurier while Jan Vertonghen looks likely to leave North London with less than six months remaining on his contract.

According to the Daily Express, Tottenham have therefore identified Aarons and Godfrey as ideal additions at the back.

Having already been heavily linked with England Under-21 international Aarons, it is claimed that Spurs have watched Godfrey, 22, on several occasions this month.

The defender, who can also play as a defensive midfielder, has made 19 appearances in all competitions for Norwich this term and is also said to be on the radar of Arsenal, Borussia Dortmund and Lyon.

Aarons, who has impressed in his 23 Premier League appearances so far, will cost around £30million while Godfrey is valued at closer to £50million.

Despite the high cost, the newspaper claims that Levy is prepared to back Mourinho as he looks to overhaul his defence for £120m.