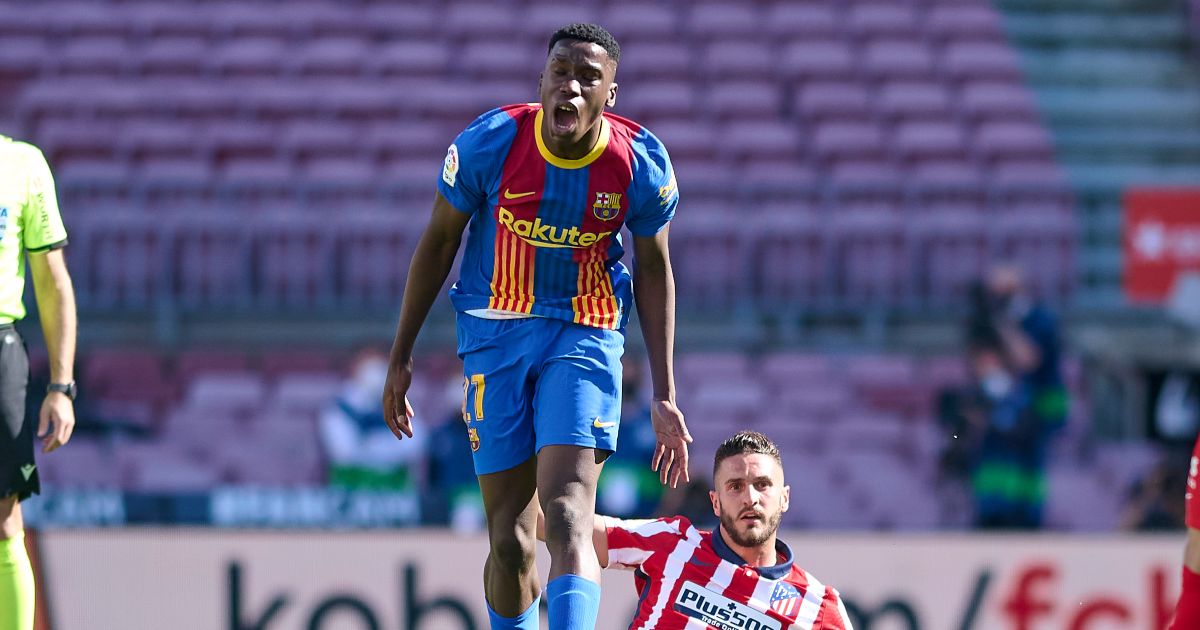 Tottenham are closing in on the signing of Barcelona midfielder Ilaix Moriba ahead of the transfer deadline, according to reports.

Moriba has reportedly been offered a new contract at the Camp Nou worth €2m per year but that is not currently enough to convince him to commit his future to the Catalan giants.

With the 18-year-old in the last 12 months of his contract, Barcelona are hoping to get a satisfactory offer before the end of this transfer window, rather than losing him for nothing at the end of the season.

Gossip: Liverpool and Leeds in battle for winger; Chelsea blow

A report on Friday claimed that Tottenham were expected to ‘formalise an offer’ for the teenage midfielder in the ‘next few hours’.

And now Spanish publication Mundo Deportivo (via Sport Witness) claims that Spurs and Barcelona are ‘well advanced’ in talks over a potential transfer.

The deal would be worth around €20m, although Tottenham would only pay €15m of that up front with the rest made up of bonus payments.

Bundesliga side RB Leipzig already have a deal with Moriba’s representatives and it could prove tricky for Spurs to convince them to take the Barcelona midfielder to north London.

The report adds that Tottenham will not ‘go crazy’ by paying his agents over the odds in order to persuade them to choose the Premier League club.

Meanwhile, Nuno Espirito Santo would not be drawn on Hugo Lloris’ future with the goalkeeper yet to sign a new contract at the club.

He said: “I think what Hugo achieved is huge, playing 300 matches for a club. It shows a lot of dedication and loyalty and hard work. This is what we expect from all of us, hard work, and Hugo is not an exception.

“He’s playing fantastically and he needs to keep on going. Every one of us keeps on going and improving.”

Giovani Lo Celso, Cristian Romero, Davinson Sanchez and Serge Aurier will not have to be released by the club as they were set to visit red list countries.

“It is the Government’s law and we have to obey as any citizen will do and based on that I know that it is not a pleasant situation, all the players love to play for their country it is one of the biggest highlights in their careers but they understand because of the pandemic they must stay here and be with us because otherwise it is a bit too complicated.”