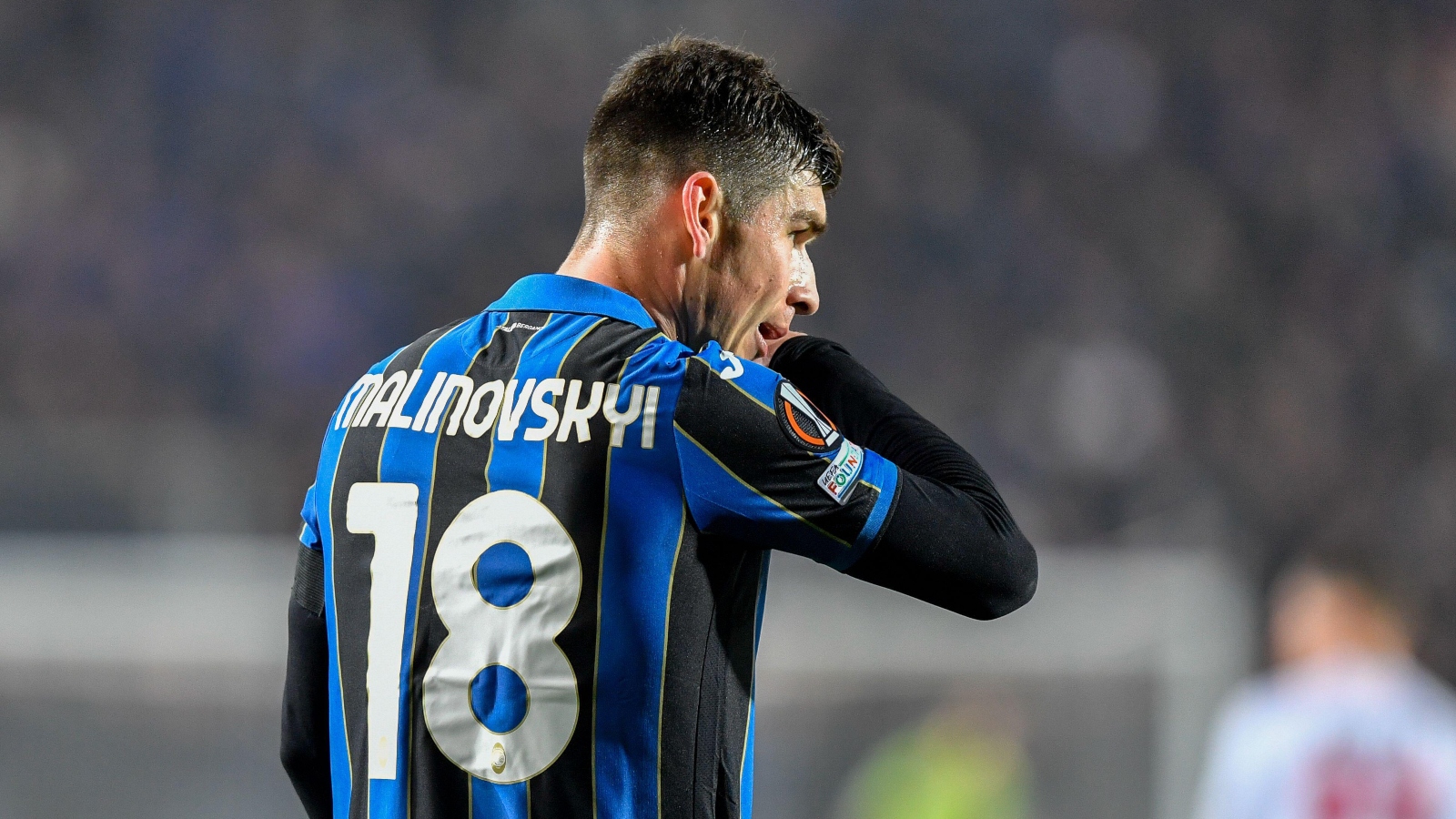 Atalanta midfielder Ruslan Malinovskyi is close to joining Marseille despite his desire to join Tottenham, according to reports.

The Ukrainian international has been in Italy since 2019 having signed from KRC Genk for around £12million.

He has made 49 appearances for his country, scoring seven goals in the process.

The 29-year-old enjoyed a stellar 2021/22 campaign as Atalanta reached the quarter-finals of the Europa League and finished eight in Serie A.

After scoring ten and assisting seven in 41 games, Malinovskyi has hit the ground running this season, providing two goal contributions in as many games.

However, the Ukraine playmaker has apparently fallen out with his manager at club level, Gian Piero Gasperini, and could be on the move.

The Italian outfit are now looking to offload Malinovskyi, with Premier League club Tottenham believed to be his preference.

According to Foot Mercato, the player has reached an agreement to join Marseille.

Marseille are hoping to include Cengiz Under in a move the other way, however, the Turkish international is not keen on the switch.

This means the transfer is far from being finalised despite the player agreeing to join the French club.

The race to sign Malinovskyi is still wide open as a result, meaning Tottenham could still sign the Ukrainian before the transfer window closes next week.

Reports in Italy claim that Spurs are the favourites to sign the attacking midfielder, but are now facing competition from West Ham.

Atalanta are believed to want €30m-€35m (£25.3m-£29.5m) to sell Malinovskyi, though they are willing to sanction a loan deal with an obligation to buy.

West Ham are definitely in the market for a player of Malinovskyi’s profile having lodged a bid for Lyon’s Lucas Paqueta.

The reported asking price for the Ukrainian is rather steep given the fact he has less than 12 months remaining on his Atalanta contract.

Sky Sports transfer expert Lyall Thomas has discussed Spurs’ interest in Malinovskyi, revealing that the English club are hoping to land him on a straight loan, while Atalanta want to sell.

Antonio Conte is hoping to offload Harry Winks and Sergio Reguilon before the transfer window closes, meanwhile, Japhet Tanganga and Bryan Gil can leave on loan if Spurs sign replacements.

“Tottenham are concentrating on outgoings, especially the two players that have not featured in their plans – Harry Winks and Sergio Reguilon,” Thomas said.

“The other two that could potentially go are Japhet Tanganga and Bryan Gil, but those loans will only happen if Spurs get quality replacements in.

“So in terms of incomings, that’s what they are looking at. One of those has been Ruslan Malinovskyi. Spurs want to loan him but Atalanta want to sell so it hasn’t gone any further for now.”