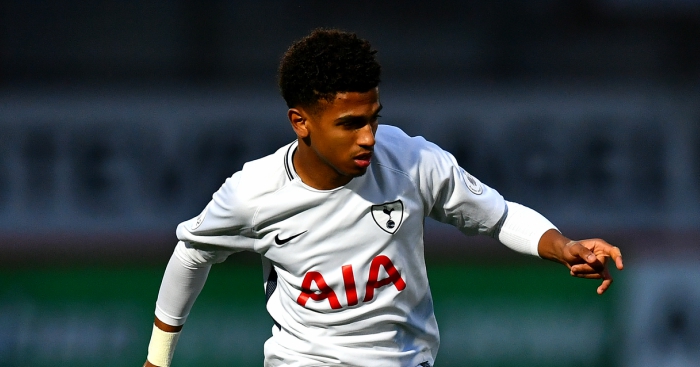 Marcus Edwards is eager to leave Tottenham after admitting defeat in his search for first-team football.

Edwards has long been one of the most highly-rated players in Tottenham’s youth system, but has been unable to take the final step to first-team football.

The 19-year-old made his only appearance for the club in a League Cup game in September 2016, before which Mauricio Pochettino compared him to Lionel Messi.

The manager has since admitted he made a “mistake” in doing so, while Edwards’ recent loan spell with Norwich was cut short in April.

He is now looking for another club, with The Guardian claiming the player has ‘reluctantly accepted that his chance of a first-team breakthrough under Mauricio Pochettino has gone’.

‘Tottenham continue to believe that Edwards will forge a successful career but they do not think he will make it into Pochettino’s first team in the immediate future,’ writes David Hytner. ‘Meanwhile, Edwards is acutely aware of his need for regular football. He is contracted to the summer of 2020.’