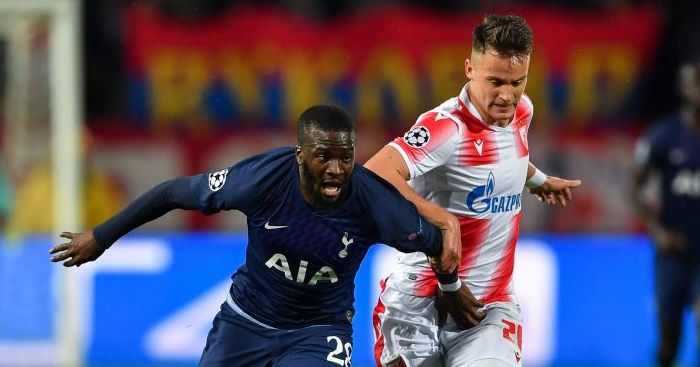 Within 30 seconds came two signs of Tottenham life that have been all too rare this season. First came Harry Kane, aghast at not being given a corner, as if the award of a goal-kick was a personal attack on his shot accuracy. Then, as Red Star Belgrade made an unusual venture into the opposition half only to concede a free-kick, Danny Rose ensured to take it as quickly as possible and launch yet another stream forward.

This side, these players, would have been forgiven for trying to delay the misery of actual football for as long as they could, like a failing child procrastinating from their homework. Yet Tottenham, leading 3-0, were finally enjoying themselves and not willing to let the moment pass.

They have been here before. Similar seemingly insignificant incidents were held as proof of progression against this same opponent only two weeks ago. But this was different. This was away.

Not since those remarkable scenes in Amsterdam had Tottenham overcome their travel sickness. That particular Premier League wait continues but the impressive nature of this win should not go unnoticed. Red Star had lost just two of their last 21 home games in Europe, and conceded two goals or more once in their last 71 matches in all competitions at the Rajko Mitić Stadium. The European champions lost to this team on this pitch on this exact day 12 months ago. If only this Tottenham had faced that Liverpool last month.

Giovani Lo Celso and Tanguy Ndombele played less than half an hour between them in that Anfield surrender, and while they alone would not have changed the course of that match, they showed more than a few glimpses of their potentially transformative effect on this midfield.

The former started a move through industry and perseverance, furthered it with the right choice of pass and finished it with the only calm mind and feet in Red Star’s box in the first half. No player had more touches (102) or made more tackles (5) for either side. He even cleared his first man with at least one of his corners.

But Ndombele was a class apart. His drive and determination from midfield is allied with a certain tranquillity, like Moussa Sissoko but in full control of his limbs and aware of what he wants to do next. He completed more dribbles in 90 minutes (5) than Christian Eriksen in 833 all season (1).

Not that this is the time to further scapegoat the Dane. His late goal proved his worth to the cause, but it has to be as part of the supporting cast for the exciting new actors. It is up to Mauricio Pochettino to continue casting these roles instead of falling back into old habits and recalling familiar faces.

This was not a perfect performance. Davinson Sanchez flitted between imperious and oblivious, Rose remains curiously untouchable and Pavkov’s jog through the centre of defence in the first half pointed to a side still taking tentative steps.

But by full-time, it felt like a stride forward, a confident and expressive side remembering how to have fun again. It is no coincidence that two of the few players not scarred by these past few months played such influential roles.