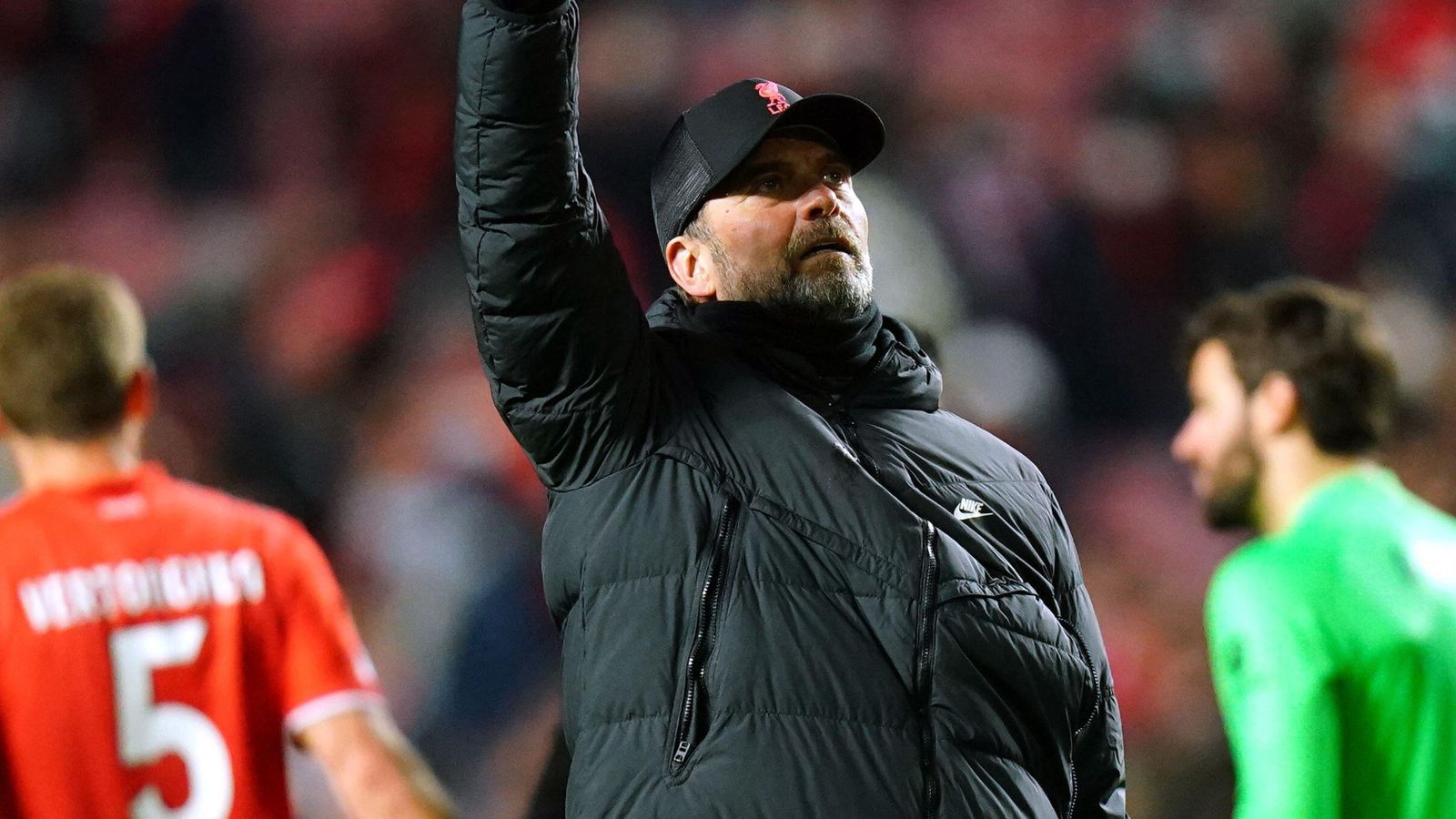 Jurgen Klopp picked out some faults in Liverpool’s win over Benfica in Portugal in the first leg of their Champions League quarter-final.

Liverpool travelled to face Benfica in the quarter-finals on Tuesday night.

Liverpool will give rivals hope and fear in equal measure

The Reds made a great start to the first leg as Ibrahima Konate headed the English side in front early on. Before the break, Sadio Mane finished off a brilliant move to make it 2-0.

Konate made an error after the interval. He failed to clear and this enabled Darwin Nunez to pull a goal back for Benfica.

Liverpool were able to stay ahead and Luis Diaz restored their two-goal lead on the night with a couple of minutes to go.

Diaz’s finish could prove to be decisive as Liverpool look to book their place in the semi-finals. The return leg takes place at Anfield on April 13.

Klopp said after the win that the first leg “was much more open” than he wanted it to be:

“Coming here and winning an away game in the Champions League is tough,” Klopp stated (via BBC Sport).

“Benfica fought for their lives, we gave them a little bit too much but they deserved the goal as well, even though we could have defended better – they had counter attacks, it is not easy to keep the ball all the time and the more risk you take, they have really good players.

“It was a tough game, what I expected, the crowd was there, we knew 2-0 is nothing, nice but not more. They score the goal and it was much more open than we wanted but the goalie was probably the best player and made a couple of really good saves – we are two goals up, half-time, let’s keep going.

“We usually score more [in those situations] but we didn’t, mainly because the goalie, credit to him, and that is pretty much the story. We could have scored in the last minute, 4-1 would be nice but we are not in dreamland here.

“We know much more about our opponent, they won at Ajax, we are aware of the quality and have a nice game in between but then we will be ready again.”

“It was a tough game, on top first half and could have gone in a couple more up, then we wanted to keep it tight but they got a goal which lifted the crowd and we got a bit sloppy. The third goal was big.

“He [Luis Diaz] got a nice reception from the start, playing for one of their rivals, but a good goal for him and a two-goal cushion makes a difference. Hopefully, we can get the job done.

“I got quite a few lighters thrown at me [taking the corner], maybe it will stop them smoking – so take the positives from it. But you should try not to throw things on the pitch because it can hurt people, luckily none hit me.”