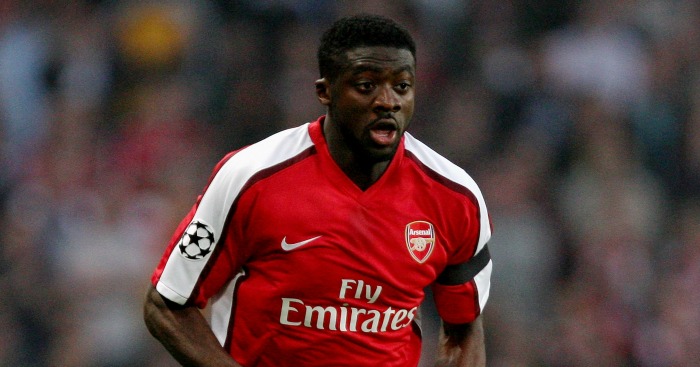 Kolo Toure has confirmed that he clattered into Arsene Wenger in Arsenal training shortly before being offered a full-time contract.

Toure joined Arsenal in 2002 from ASEC Mimosas for just £150,000 before going on to win a Premier League title and two FA Cups in north London.

The Ivorian was a member of the club’s Invincibles season in 2003/04, spending seven years at Arsenal before leaving to join Manchester City in 2009.

Toure was one of the signings Wenger was most proud of throughout his 22-year reign and, now Leicester’s first-team coach, the former centre-half has confirmed the oft-told story of how he clattered Thierry Henry, then Dennis Bergkamp and finally the club’s manager during a training session on trial.

“It’s true, absolutely,” he told the Daily Telegraph of the story.

“Did I think my dream was over? Well of course you’re always scared if you tackle the manager of the club. I haven’t done it on purpose but that kind of thing can happen.

“Training was really intense – sometimes more so than matches. It was really, really challenging. Everybody wanted to win every game and occasionally there would be fights between the players. The team was full of spirit and winners.

“Martin Keown was really competitive but Thierry Henry was similar, he wanted to win every game. He was fuming when he was losing games at training.

“My favourite was Dennis Bergkamp. He was an amazing player, but also a top professional. A really top man.

“It was so difficult to mark him in training. His vision, he was so intelligent. He knew what to do at the exact time.

“Technically he was amazing, tactically amazing and really, really intelligent. He had all the tools.”