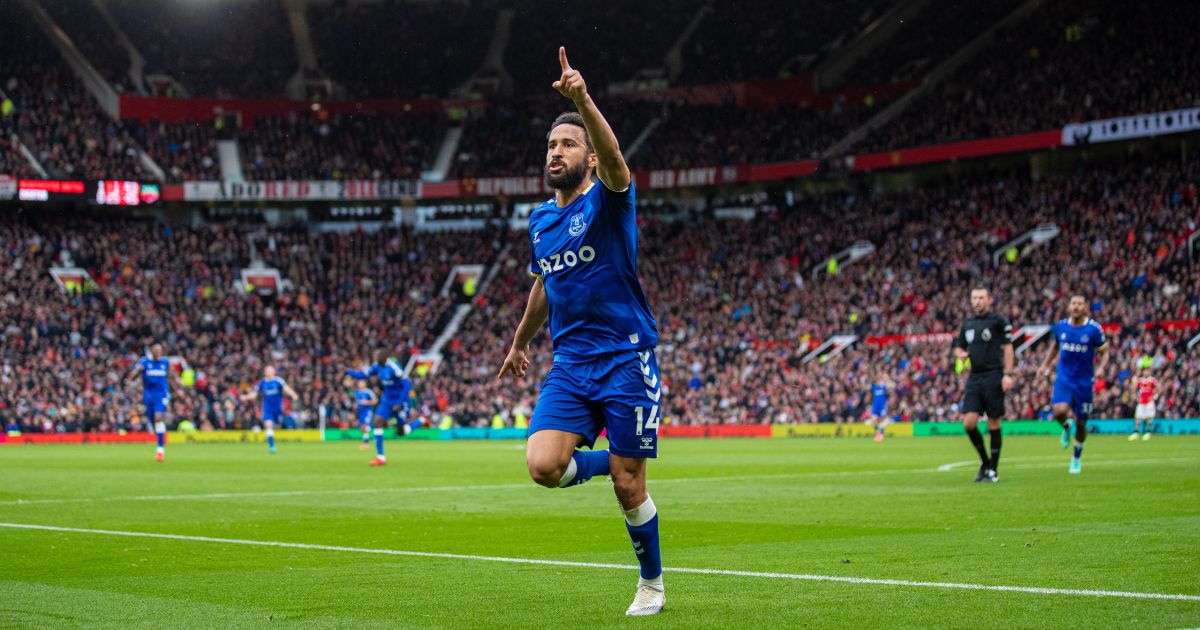 Ronaldo was left on the bench by Solskjaer, along with Paul Pogba and Jadon Sancho, with the Red Devils playing Villarreal on the Wednesday before.

The Portugal international stormed off the pitch at the final whistle but Townsend still managed to get his shirt.

The Everton winger said on talkSPORT: “I made it my goal that I was not leaving Old Trafford without Cristiano Ronaldo’s shirt.

“You saw after the final whistle, I ran straight to him, I don’t know what he was muttering but it wasn’t English.

“He was muttering in Portuguese and I asked him three or four times for his shirt and eventually he gave in and said he would give it to me inside.

“I had to wait inside the dressing room and thankfully the kit man was able to sort it for me. That shirt I am going to keep with me.”

👕 “I ran straight over to Ronaldo, he was muttering in Portuguese and I asked him for his shirt 3 or 4 times!”

👀 “If Ronaldo had seen the celebration first, there’s no way I was getting that shirt!

Andros Townsend tells us what happened when he asked for Ronaldo’s shirt. 🔴 pic.twitter.com/lPF7NpS6ti

After scoring his goal, Townsend performed Ronaldo’s iconic ‘sui’ celebration but he admits he got a bit carrried away.

Townsend added: “We were discussing it on the coach the day before on the way up to Manchester. The boys were saying, would you do it if you scored?

“I said yeah, but the one thing they said was make sure you are winning or it is late in the game, so Ronaldo doesn’t have a chance to reply.

“I got a bit carried away, almost buckled and fell on my back, I looked up at the clock and it was 65 minutes.

“I gave the greatest player half an hour to make me look silly and score the winner. Thankfully he didn’t.”