Home All The News Townsend: No doubts over Zaha commitment to Palace 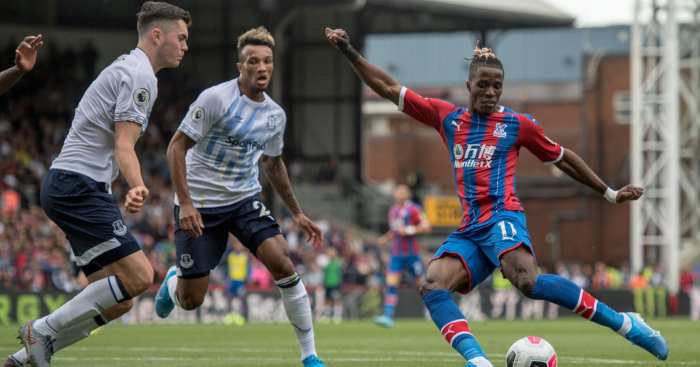 Andros Townsend insists there is no doubt Wilfried Zaha will remain committed to Crystal Palace and believes the wantaway winger could be key to keeping the Eagles in the Premier League.

Zaha was linked with a summer move away from Selhurst Park, with Everton attempting to land the Ivory Coast international in the closing days of the transfer window.

Coincidentally, the Toffees faced Palace in south London on the opening day of the season, with the sides playing out a goalless draw and Zaha coming off the bench for the last 25 minutes.

Despite handing in a transfer request and being relieved from training on deadline day, the Palace fans cheered Zaha’s introduction after chanting his name earlier in the game, with Townsend equally delighted that the 26-year-old is staying put.

“It is massive Wilf is still here,” he said.

“Any side in the Premier League would like him. The fact we are able to keep him again is great for the club. It gave everyone a big boost once the window closed.

“You saw that extra enthusiasm and energy in our performance. Hopefully we can build on this performance and have a positive start to the season.

“It has been the same ever since I have been here. He has been the difference for us whether it has been fighting relegation or going for the top 10.

“You saw when he came on he gave us an extra dimension. He is a massively important player for us. Any club in the Premier League would be lucky to have a player of his ability.”

Many had expected Zaha to sit out the season opener after Palace boss Roy Hodgson sent the player home from training last week.

But he looked sharp when he came on and Townsend feels there should never be any question marks over Zaha’s commitment.

“That was never in doubt,” he said.

“He loves his football, he loves Crystal Palace. You saw on social media, he loves playing football – whether it is in his back garden practising with his dad or his cousins or his brother.

“There was not doubt he was going to come here and put the effort in today and for the rest of the season.

“If you know Wilf on a day to day, he is not one to throw his toys out of the pram. Once he gets on the field, he is professional.

“He is a player who deserves to be playing at the very highest level: Premier League, Champions League, World Cups.

“We are just lucky we have still got him. We are thankful for however long we have him in our team. We should appreciate a player of his ability.”