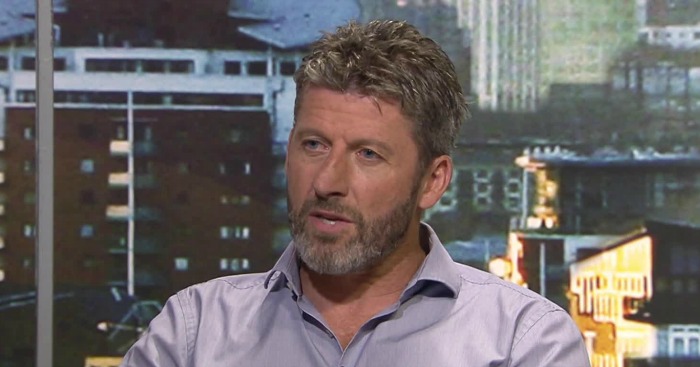 Former Republic of Ireland international Andy Townsend is working in a consultancy role with Bolton as their managerial search drags on.

Press Association Sport understands the 52-year-old television pundit has arrived at the Macron Stadium as an advisor to the new regime, who need to find a permanent successor to Neil Lennon while shaping their squad for a campaign in Sky Bet League One next term.

Speaking last week, new chairman Ken Anderson had hoped to identify the boss he wanted by the end of this week having whittled a shortlist of 50-plus candidates down to three.

However, the process may have been held up by the fact Anderson and chief executive Dean Holdsworth, the two men whose takeover saved the club from financial meltdown last month, cannot agree on who they want to take up the post.

Former Wanderers striker Kevin Davies has warned the pair to make sure they are on the same page when it comes to the new manager or risk a longer-than-planned stay in the third tier.

“There’s a bit of optimism now with the new owners and I hope they can get it together,” he told Press Association Sport at the Football League Awards.

“There’s rumours they’re not seeing eye to eye on a few decisions and they really need to work together now and make the right appointments. I think the next manager’s crucial – they have to get that right. I think they need someone with a bit of know-how.

“They don’t necessarily have to have a history with the club but they have to get the right man.

“They’ve said they’ve narrowed it down to three, whoever those three are, you have to get the right one.

“The rebuilding starts now. It’s not a gimme that they get back with the budget they’re talking about.

“If they don’t get the manager right or the squad right and do all the things they need to rebuild, it could be similar to Preston – it took them four years.

“Other clubs have gone even further down. It’s an important period for the club.”

Bolton became the first team relegated from the Championship to cap off a miserable season where they flirted with liquidation following a series of High Court dates with HM Revenue and Customs over an unpaid tax bill.

Striker Shola Ameobi spent three months with the Trotters around the turn of the year and admitted their fate seemed unavoidable with the financial issues circulating.

“In a way it was always going to be inevitable with the constraints that they had and the financial difficulties,” he said.

Ameobi, who now plays at Fleetwood, had offered to play for free when his contract was up only to be told it was not possible because the club was under a Football League-imposed transfer embargo.

“What was going on at the top did affect and will affect any club and I saw the impact of that when I came in,” Ameobi added.

“Unfortunately, that has an impact on results. As much as you’re trying not to let it, it’s always going to have an impact.

“There’s all that negativity around the place and unfortunately that was the case at Bolton while I was there.”