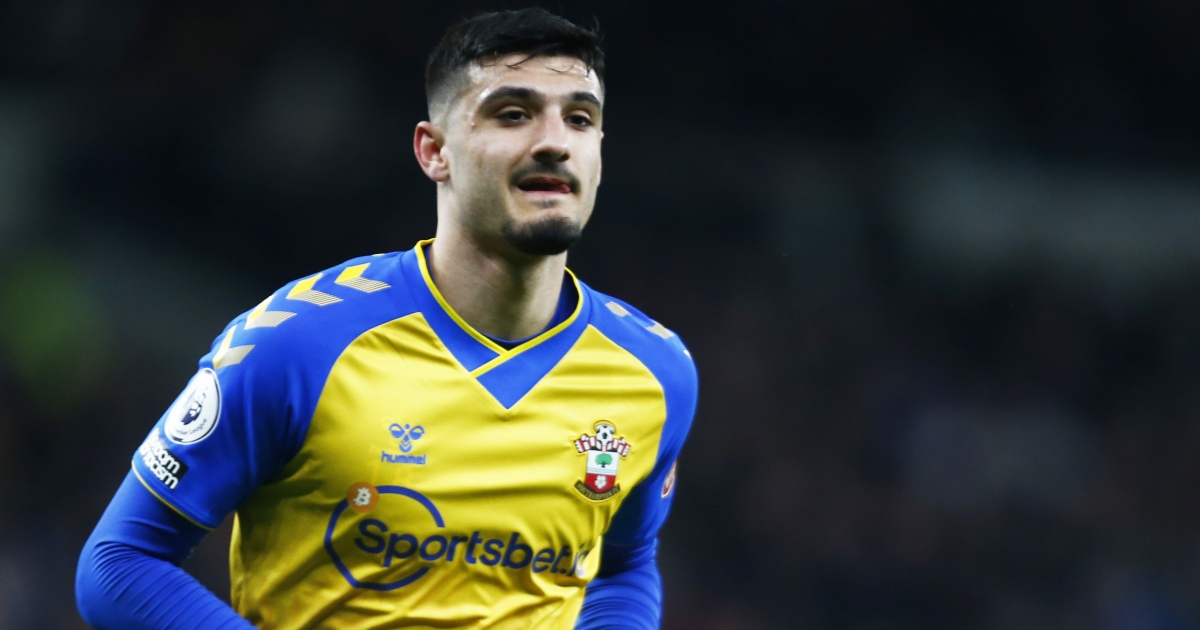 Arsenal are looking across London for an answer to their striker problem, while Chelsea’s plans focus on a defender and two midfielders…

ARSENAL TARGET CHELSEA STRIKER
Arsenal failed to sign a striker last month and with Alexandre Lacazette and Eddie Nketiah set to follow Pierre-Emerick Aubameyang through the exit door at the end of the season, the Gunners can’t miss their centre-forward targets for the second window in a row.

Apparently, we can add Armando Broja’s name to the list of players Mikel Arteta is keen to sign. Football London reckons the 20-year-old is high on Arsenal’s wishlist after a fine breakthrough season at Southampton, where he has bagged eight goals in all competitions.

Of course, Broja is on loan at St Mary’s from Chelsea, who may have plans of their own for Broja. Which almost certainly don’t involve selling him to a London rival for anything less than silly money.

In the meantime, Arteta is said to be lining up in training with Gabriel Martinelli as a No.9 while the manager waits for another opportunity to strengthen his frontline.

BLUES PRIORITISE KOUNDE DEAL
With Broja’s return, Chelsea can focus on strengthening other areas, with the centre of their defence and midfield more of a priority for the Blues.

The Telegraph says the signing of Jules Kounde is their primary aim for the summer. Chelsea tried to recruit the Sevilla centre-back last year but no deal could be reached with the Spanish club. That hasn’t deterred them, and the Club World Cup winners will go back for the 23-year-old before the start of next season.

The report also states that alongside Kounde, the Blues are keen on both Declan Rice and Monaco midfielder Aurelien Tchouameni.

LIVERPOOL JOIN ZANIOLO RACE
In news which seems very convenient for Nicolo Zaniolo’s agent, Liverpool are reported to have joined the list of the suitors keen to take 22-year-old.

Zaniolo is approaching renewal time at Roma, with his representatives due to speak with the club imminently over an extension to his terms that are currently due to expire in 2024.

Ahead of those talks, Calciomercato suggests Liverpool are sniffing around the Italy international, who can play in an attacking midfield role or from the flank. Juventus and Atletico Madrid are also waiting to pounce.