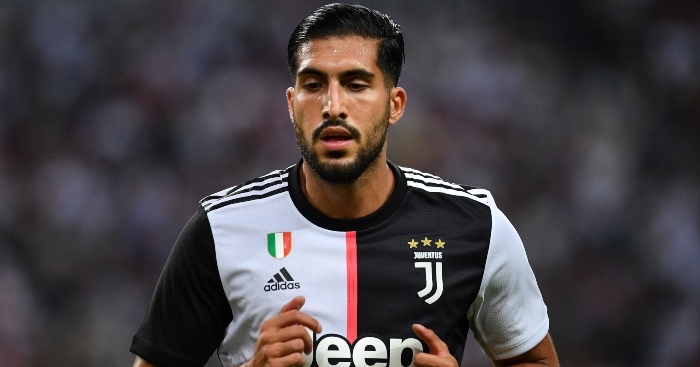 CHELSEA TO RIVAL SPURS FOR PIATEK?
With fewer than five days to go until the transfer window closes for the season, as expected, AC Milan are becoming increasingly more eager to shift Krzysztof Piatek.

Handily, Tottenham are getting more agitated in their striker search but neither party appears willing to meet the other’s demands. Sky Italia says the two clubs are talking again, which is a start, but Milan are still looking for £25million, while Spurs would prefer a try-before-you-buy loan deal.

Milan, apparently, would accept a loan deal with the obligation to buy in the summer, but they aren’t prepared to open themselves up to the possibility of Piatek flopping hard at White Hart Lane and being returned to sender.

So the Rossoneri have done what any club would do in this situation. They’ve dragged Chelsea into it.

The Daily Star quotes Italian reports which suggest Piatek has been offered to the Blues. Frank Lampard does need a striker, but Daniel Levy is too wily to fall for this sh*t.

ARSENAL AND EVERTON SCRAP OVER REAL STAR
Real Madrid have been trying to shift James Rodriguez seemingly since the dawn of time. They thought they’d cracked it by sending him to Bayern Munich for a couple of seasons but back the Colombian came when Bayern decided he wasn’t worth the transfer fee.

So here come Arsenal and Everton to relieve Real of their highly-paid burden. AS says either of the Premier League pair could take Rodriguez this week, though it seems a loan deal is the most likely outcome.

Apparently, Arsenal reckon their excellent relationship with Real following their dealings over Dani Ceballos could help them land Rodriguez. Righto.

MAN UTD MAKE FERNANDES PROGRESS AMID CAN CHASE
What of Manchester United, mighty conquerers of Tranmere?

Reports in Portugal reckons they warmed up for sticking six past Rovers by going back to the table with Sporting Lisbon to talk once more about Bruno Fernandes. It seems they have upped their offer slightly, but still nowhere close to what Sporting are looking for.

A Bola and Record both report that United have offered £45.7million up front, £4.1million in ‘objectives’ and another £8.3million in bonuses. Anyone?

Sporting appear to interpret that as a realistic sum of around £50million, but they want another £10million when all is said and done. Still, it seems to have been enough to reignite the belief that a deal will get across the line this week.

Ole Gunnar Solskjaer also hasn’t given up on Emre Can. The Juventus midfielder was said to be unwilling to tarnish his Liverpool connections by joining United – though he didn’t seem that bothered about leaving Anfield for nothing when he moved to Juve. AC Milan and Borussia Dortmund are also in for the German, but the Daily Express claims Solskjaer hasn’t given up hope of landing the 26-year-old.

AND THE REST
PSV Eindhoven forward Steven Bergwijn is in London amid links with Tottenham… Barcelona have offered £67m for Monaco striker Wissam Ben Yedder… Sheffield United have had a bid for Sander Berge rejected by Genk… Bournemouth are eyeing Levski Sofia defender Holmar Orn Eyjolfsson… Charlton could be set to sign Paul Pogba’s brother Florentin, while the Addicks are keen to sign Spurs youngster Troy Parrott on loan… Everton could sign Matias Vecino from Inter for £17million… Man Utd won;t accept less than £25million for Chris Smalling.