Arsenal have made a bid for one player, while another deal could depend on Chelsea's transfer activity... 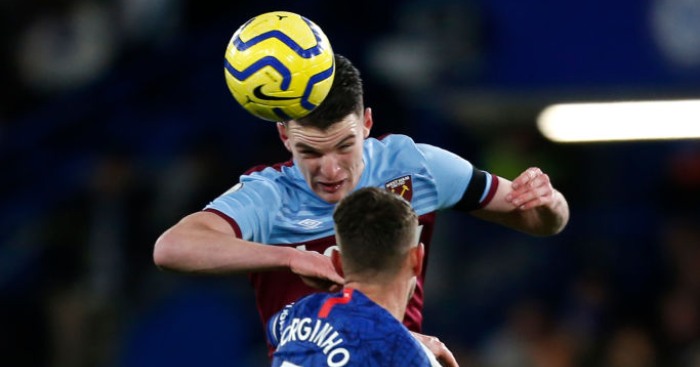 Arsenal have made a fresh offer for Lyon midfielder Houssem Aouar, according to a report in France.

The Frenchman remains one of Mikel Arteta’s top targets, along with Atletico Madrid’s Thomas Partey. Lyon have already rejected a player-plus-cash offer for Aouar including Matteo Guendouzi. Fabrizio Romano confirmed yesterday that Arsenal will return with an improved offer, as long as they can raise funds through player sales.

And now RMC claim that Arsenal have made a €35m bid for Aouar but the report doesn’t reveal whether the offer was accepted or rejected, just that it’s on the table. However, Lyon president Jean-Michel Aulas moved to play down rumours and said that Arsenal need to get nearer his worth before they can accept an offer.

“There will be very few departures,” Aulas said on Twitter. “For Houssem, Arsenal are too far from his value: we are counting on him playing a great match against Lorient (this weekend) before leading Lyon in the Champions League next year.”

The Gunners chances of signing another one of their targets could depend on Chelsea signing West Ham midfielder Declan Rice, according to reports.

After a season of standing still in the transfer market, Chelsea have made a big splash this summer with several high-profile recruits and a spend of over £200m. However, Frank Lampard has been struggling to convince the board at Stamford Bridge to make one last big acquisition in the form of Rice.

And now the Daily Mirror claims that Lampard ‘wants to make one last push’ to land the West Ham man, which ‘could pave the way for Jorginho to go to Arsenal’. With Mikel Arteta ‘struggling to get deals done’ for their top midfield targets, Arsenal have turned to alternatives such as Jorginho.

Tottenham  are involved in talks to bring Inter Milan defender Milan Skriniar to the Premier League, according to reports.

Despite being keen on the Slovakian, The Sun claim Tottenham ‘will NOT be forced into accepting Inter Milan’s £55m valuation’ as they try to negotiate a reasonable price for the centre-back. Jose Mourinho is a ‘big fan’ of the 25-year-old and the player is ‘keen on a move to the Premier League’. The Serie A giants are ‘demanding a hefty fee’ but Mourinho and Spurs are ‘not prepared to pay’.

‘Discussions set to continue through the weekend’ with Tottenham not willing to budge above their budget of between £25m and £30m. If Inter do sell then Manchester United’s Chris Smalling and Chelsea’s Antonio Rudiger are on Antonio Conte’s wishlist.