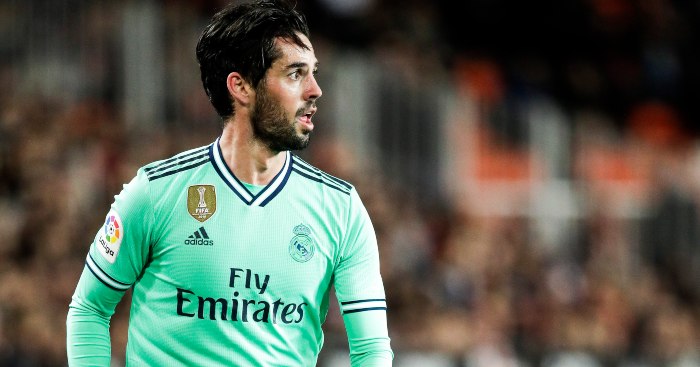 UNITED TO SHIP OUT SIX THIS MONTH
Manchester United will have another go at shifting some deadwood this month. But their squad-trimming measures could go beyond just that…

The Sun reckons Ole Gunnar Solskjaer will sit down with half a dozen of his players this week to discuss their futures. In some cases, like Phil Jones and Marcos Rojo, it’s unlikely to be a long conversation. Sergio Romero’s one-to-one won’t keep either party either.

Jesse Lingard’s immediate future looks set too. United have exercised a one-year option they had on the former England attacker’s contract, though the intention seems to be to ship him out on loan this month with a view to a sale in the summer. Sheffield United have been linked, and there is talk of interest from abroad, but there’s hardly a queue of clubs looking to give Lingard a chance to start again.

Brandon Williams is another set to go out on loan this month, though United’s intentions are very different with the full-back, who would benefit from more game time which he isn’t likely to get with Luke Shaw and Alex Telles blocking his pathway. Newcastle are very keen on Williams – as they are on Leicester midfielder Hamza Choudhury and Chelsea centre-back Fikayo Tomori – while Southampton and Bayer Leverkusen are also credited with an interest in the United defender.

Daniel James is perhaps the most interesting name in Solskjaer’s six. The winger started and scored against Leeds before Christmas and came off the bench late on in the win over Villa last Friday. But with Facundo Pellistri and Amad Diallo both recently recruited to play on the right wing, James’ place looks in jeopardy. Leeds continue to be linked with the Wales flier while West Brom have been sniffing too.

One per club: Players eyeing up the January sales

ARSENAL TO SWERVE ISCO
Life is pretty sweet for Mikel Arteta right now. The Arsenal boss no longer finds himself in the crosshairs, with Frank Lampard having taken his place as the manager most likely to get the bullet.

Three wins in a week will do that for any manager and a large factor in those nine points has been the emergence of Emile Smith Rowe. The playmaker hadn’t seen any action in the Premier League this season prior to the win over Chelsea, but his contribution has reportedly made Arteta reassess his plans for this month.

AS says Arsenal have now gone cold on Isco as a result of Smith Rowe’s form. The Gunners were heavily linked with the Real Madrid star and were expected to make their move this month.

But Arteta has changed his mind, with Sevilla’s interest in Isco also playing a role in his decision.

GUNNERS STILL KEEN ON VALENCIA STAR
Arsenal do, though, retain their interest in Carlos Soler.

That’s the word according to Eldesmarque. The Gunners have been linked with Soler since last spring, with Valencia’s financial predicament making them vulnerable this month.

Soler has been in fine form for Los Che, with the 24-year-old having scored five goals and laid on another four in 12 La Liga games this season. No fee is mentioned but a figure of £30million has been thrown around before.