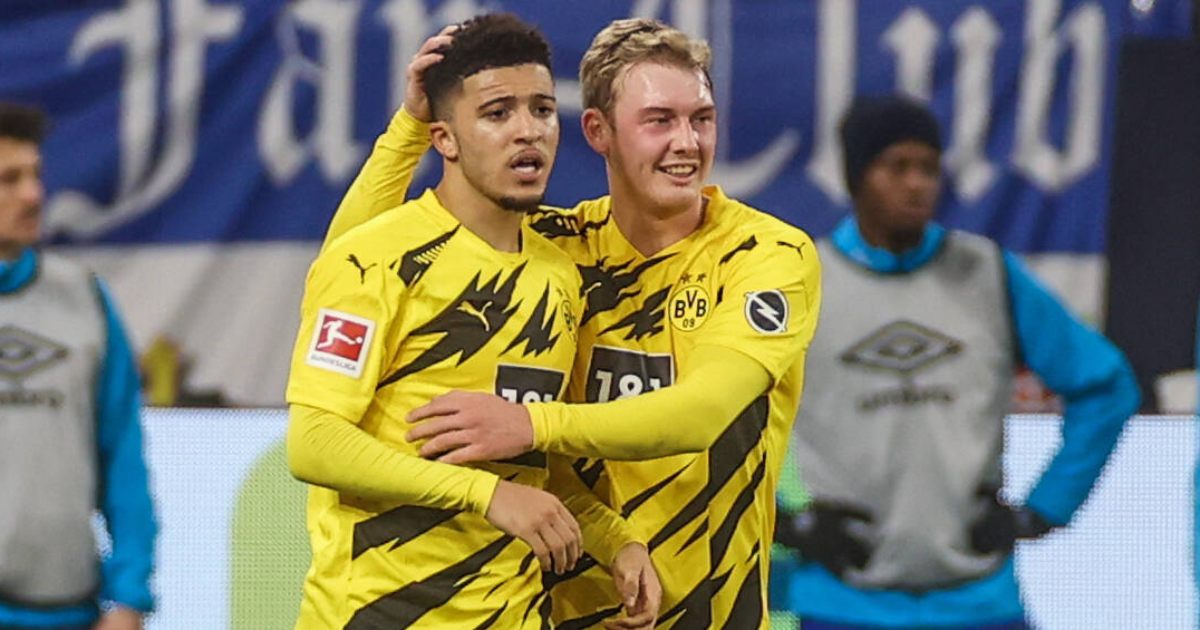 Arsenal have identified an alternative to Martin Odegaard at Dortmund, who may succumb to Ed Woodward’s devilish genius…

ARSENAL LINE UP BRANDT BARGAIN
Arsenal would love to keep hold of Martin Odegaard next season but there are a number of good reasons why they won’t. Apparently, Real Madrid ‘are counting on’ the Norwegian playmaker next season and even if they might be tempted to sell, Arsenal probably won’t stretch to whatever amount it might take.

So the Gunners, with so few goals coming from their midfield, are considering alternatives to Odegaard. And it seems they have found one at Borussia Dortmund.

According to Bild, Arsenal have been keeping an eye on Julian Brandt since initially declaring an interest in January. This summer, the Germany midfielder could be up for grabs for around £17.5million.

Brandt has had a frustrating second season at Dortmund, offering three goals and a couple of assists in 40 appearances but around half of those have come off the bench. The Bundesliga side are said to be willing to take a small hit on the 24-year-old they signed from Bayer Leverkusen in 2019 for £21.5million.

MAN UTD TARGET CUT-PRICE SANCHO
Manchester United are also relying on Dortmund’s desire to sell this summer as they refocus on Jadon Sancho.

The Red Devils wanted to sign Sancho last summer but Ed Woodward did a whoopsie. Or did he?

According to 90min, United are hoping their ‘gamble’ might pay off this summer, with Sancho possibly available for as low as half the £100million price Dortmund wanted a year ago. Should Dortmund fail to qualify for the Champions League – they are fifth in the Bundesliga – then United could move and Woodward, the evil genius, will probably claim that was his plan all along.

NEYMAR STILL FLIRTING WITH BARCA
In breaking news to absolutely no one, Neymar still fancies a return to Barcelona.

The PSG star is close to signing a new contract in Paris but Mundo Deportivo reports that he would still prefer to rejoin Barca to play with Lionel Messi.

And Barca would love to have him back. But since the Catalans have barely a pot to p*ss in, the chances seem remote.

LAPORTA’S PLAN FOR MESSI
Barca’s main priority right now, aside from shopping for freebies, is convincing Messi to re-sign this summer.

PSG could take the Argentine genius to play with Neymar in France, but Barca have formed a cunning plan, according to TV3.

It involves a new two-year contract before sending him off to play in MLS while acting as an ambassador for Barca. Then, when Messi has had his fun in USA, he can return to the Nou Camp among the suits.